Over 1.4 crore people are eligible to cast their votes in this Delhi Assembly election. 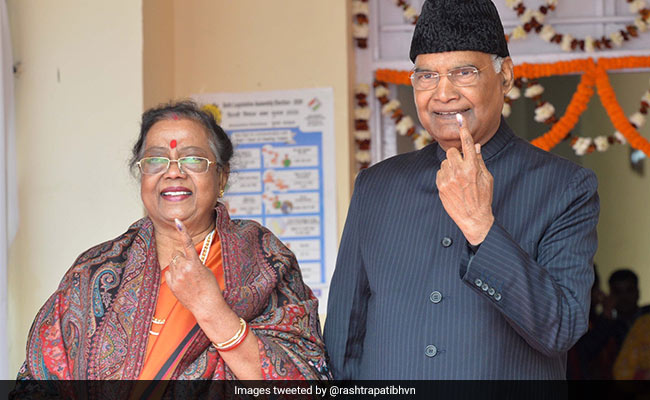 With elections underway in Delhi, President Ram Nath Kovind and his wife Savita Kovind cast their votes at a polling booth at Dr Rajendra Prasad Kendriya Vidyalaya within the Rashtrapati Bhavan complex in New Delhi.

Over 1.4 crore people are eligible to cast their votes in this Delhi Assembly election.

To ensure peaceful and fair polling in all 70 constituencies, as many as 190 companies of Central Armed Police Forces (CAPF) have been deployed. Besides this, 19,000 Home Guards and 42,000 Delhi Police personnel will also be deployed.

Polling for 70 Assembly constituencies of Delhi started today at 8 am. Delhi is witnessing a triangular contest among AAP, BJP and Congress. In the last poll, the AAP had won 67 seats, while the BJP won 3 seats. Congress did not open its account.