Aide Who Quit Kiran Bedi Campaign Says He's Over It, Back With BJP 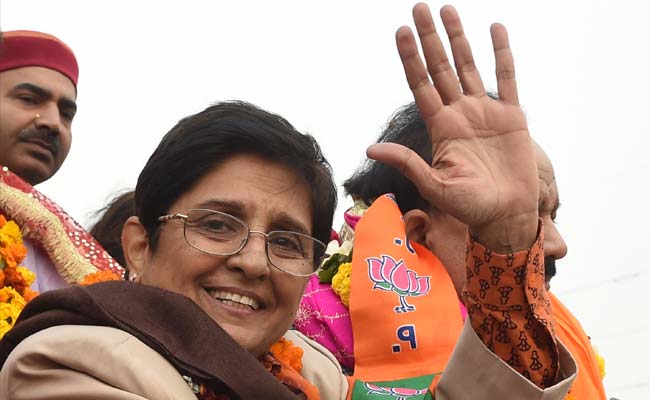 Narendra Tandon was back with the BJP about 16 hours after quitting it over what he described as the "dictatorial attitude" of Kiran Bedi, the party's candidate for Chief Minister of Delhi. "It was an emotional outburst," said Mr Tandon of the resignation letter he sent last night, his EQ or Emotional Quotient apparently rebalanced after a meeting with BJP chief Amit Shah.

Mr Tandon was assigned as an aide to help manage Ms Bedi's campaign which has her taking on Arvind Kejriwal of the Aam Aadmi Party or AAP.

When news of his resignation broke this morning, BJP spokespersons described Mr Tandon as a repeat offender in embarrassing the party; his exit would not have much impact, they predicted.

But till he returned to the fold, his comments and action underscored the deep resentment that Ms Bedi has generated among a section of the BJP's veteran leaders from Delhi over her starry induction into the party last month tailgated with the quick announcement that she was its presumptive Chief Minister.

The resulting dissent forced the party's top leadership to take control of the campaign for Delhi, which votes on February 7 for its next government.

Promoted
Listen to the latest songs, only on JioSaavn.com
"To the BJP, I would say 'get well soon'," said Yogendra Yadav of the Aam Aadmi Party or AAP which is hoping to form the Delhi government a year after its last administration quit in haste.

Opinion polls have so far given the BJP the edge over AAP. The Prime Minister is addressing four rallies in the capital to draw support for Ms Bedi. But the fact that senior union ministers have been asked to address public meetings and over 120 law-makers have been tasked to coordinating the party's efforts in different constituencies highlight the  import of the battle for the BJP.