Woman Raped In Broad Daylight Near Busy Vizag Road. No One Helped

An auto-driver recorded the crime, in which the drunk man rapes the woman in Andhra Pradesh's Visakhapatnam, on his phone and handed it over to the police 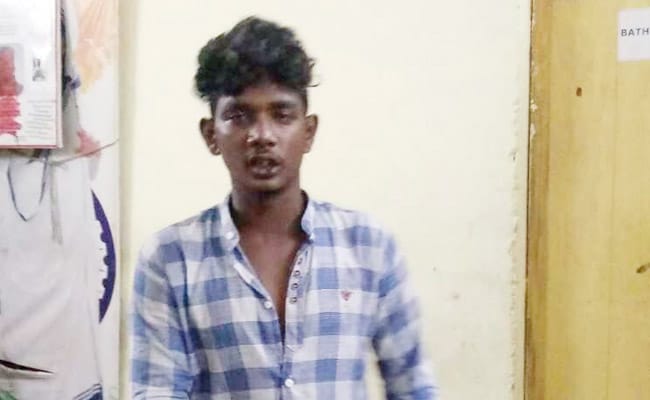 Vizag Rape Case: The 20-year-old attacker Ganji Siva was allegedly drunk and has been arrested.

New Delhi: A woman is raped on a pavement in full public view but no one helps her, in a stomach-turning video that has emerged from Andhra Pradesh's Visakhapatnam. The 21-year-old rapist seen in the video, Ganji Siva, was allegedly drunk. He has been arrested.

An auto-driver recorded the crime, which took place on Sunday afternoon, and called the police.

The woman was apparently sitting next to a tree on the footpath near the Railway colony -- which is one of the busier areas of the city -- when the man forced himself on her.

"The statements given by both were incoherent and inconsistent," said police officer Madhusudanamurthy.

Promoted
Listen to the latest songs, only on JioSaavn.com
In the video, people are seen walking past while the woman is being assaulted. One man seems to abruptly change course.

Activists say the auto-rickshaw driver could have helped the woman instead of filming the assault, even though his video helped the police arrest the rapist.