"Not Afraid Of Centre": Pawan Kalyan Preps For Elections Next Year

If centre doesn't grant special category status to Andhra Pradesh, Pawan Kalyan has threatened to go on an indefinite fast "any day from now". 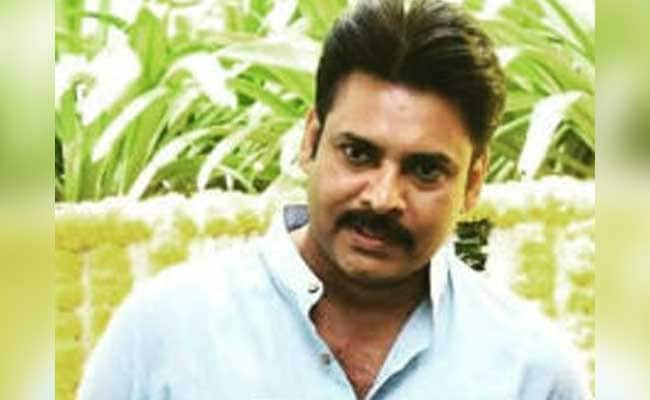 New Delhi: The exit of Chandrababu Naidu's two ministers from the NDA government over his party's special status demand for Andhra Pradesh hasn't been able to insulate him from attacks back home. On Wednesday evening, actor-politician Pawan Kalyan, 46, waded into the row over the special status, hurling stinging barbs at Chief Minister Naidu.

The popular Telugu actor, who had campaigned for the TDP-BJP combine during the 2014 general elections, said Chief Minister Naidu had let the state down. He also held out a threat to launch an indefinite fast "any day from now" if the centre did not grant special category status to Andhra Pradesh.

"I am not afraid of the centre unlike Chandrababu Naidu or Jagan Mohan Reddy," Mr Kalyan said at a function at Guntur to mark four years of the party that he had launched, Jana Sena Party. His sharp attacks are a contrast to his ambivalent response to questions around the possibility of tying up with the TDP-BJP combine just about eight months ago.

The TDP, despite pulling out its ministers from the central government, is still a part of the NDA. And YSR Congress' Jagan Mohan Reddy, the leader of opposition in the state assembly, has been accused of warming up to BJP leaders.

A special category status promised to Andhra Pradesh when parliament carved out a separate state of Telangana in 2014 would have let the state get a bigger chunk of central assistance as grants than as loans. The NDA government had declined to act on the assurance made by the previous UPA government, and promised to compensate the state with a special package.

When Mr Naidu announced his decision to pull out two ministers from Prime Minister Narendra Modi's cabinet, he made it a point to underscore that the centre hadn't released a major chunk of money under this package too.

In Andhra Pradesh, Mr Naidu's stress on the delay in giving the special package was seen as an attempt to downscale its original special status demand.

Mr Kalyan, also the younger brother of superstar and Congress leader Chiranjeevi, also accused the TDP boss of striking a "secret deal" with the BJP and leaving a door open to settle for a special financial package instead of special category status.

He also targeted Union Finance Minister Arun Jaitley over his comments that special status could not just be given to assuage sentiments.  "Are you beyond the law? No, you are very much under the purview of the law, Mr Jaitley," he said.

But Pawan Kalyan, who also accused Mr Naidu's son of corruption, isn't the only one pillorying the Chief Minister.

Jagan Mohan Reddy's YSR Congress is seen to have launched a campaign for special status for Andhra Pradesh that drove the TDP to ratchet pressure on the centre in parliament and outside.

Promoted
Listen to the latest songs, only on JioSaavn.com
Mr Reddy broke away from the Congress and formed his own party in 2009 after his father, then Chief Minister of Andhra Pradesh, died in a helicopter crash. The 45-year-old, the leader of the opposition in the Andhra Pradesh assembly, has also been touring the state to build public opinion against the TDP who, he told NDTV, had failed to deliver on the "special status" demand.

Mr Reddy was speaking to NDTV during a foot march to demand "special status" for Andhra Pradesh - something he claims Chief Minister Chandrababu Naidu - an NDA ally - has failed to deliver. Mr Reddy has even dared Mr Naidu to pull out of the NDA if he was sincere about the demand.