Can Cause Nausea, Dizziness: South Korea Owner On Gas Leak At Vizag Plant

LG Polymers: The Visakhapatnam plant was suspended because of a nationwide lockdown to stop the spread of the coronavirus and was preparing to resume operations, LG Chem spokesman said 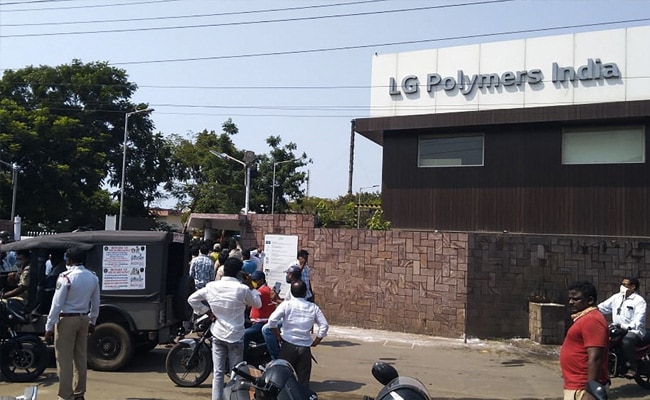 South Korea's LG Chem Ltd said a gas leak at its plant in Andhra Pradesh had been brought under control, after an incident on Thursday that police estimate killed 11 people and resulted in hundreds getting affected.

Hundreds were rushed to hospital from villages close to the LG Polymers plant, and emergency services evacuated residents in the affected-area in Andhra Pradesh's Visakhapatnam district.

"We are currently assessing the extent of the damage on residents in the town and are taking all necessary measures to protect residents and employees in collaboration with related organizations," LG Chem, the owner of LG Polymers, said in a statement.

LG Chem said in a statement that the gas emitted in the leak can cause nausea and dizziness when inhaled. It said it was seeking to ensure casualties received treatment quickly.

It was investigating how the leak occurred.

A company spokesman in Seoul said separately a night shift maintenance worker had discovered the leak from a tank.

The plant was suspended because of a nationwide lockdown to stop the spread of the coronavirus outbreak and it was preparing to resume operations, the spokesman said.

Shares of LG Chem, South Korea's top petrochemical maker by capacity, ended down 1.94 per cent in the flat broader market. The company supplies electric vehicle batteries for General Motors and Volkswagen and others.

LG Chem took over Hindustan Polymers and renamed it as a LG Polymers India Pvt Ltd (LGPI) in 1997, and the Indian unit posted a revenue of $181.95 million last year.