Read inOther Languages
This Article is From Jul 01, 2019 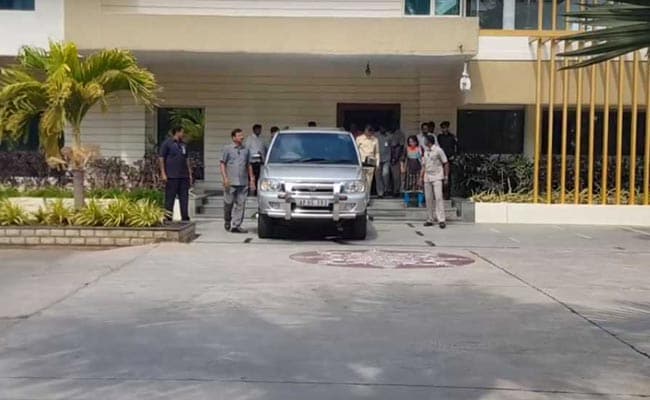 Jagan Reddy had earlier this week asked Chandrababu Naidu to vacate his residence.

Town Planning wing of Greater Vishakhapatnam Municipal Corporation (GVMC) has issued a notice to the Telugu Desam Party (TDP) for illegally carrying out construction works in the party's local office in Vishakhapatnam.

"TDP has constructed two floors for the party office in Ward No 19 illegally and no link documents were submitted to establish the title over the property," Vidyulatha, Town Planning supervisor of Zone 3, GVMC, said.

Rehman, TDP's city unit president, while speaking to ANI, said: "The land for the party office was taken for the lease from the government in 2002 for 25 years at a price of Rs 2,500 per year and we are paying it to the government every year."

He said the land belongs to Andhra Pradesh government and very soon they will meet the GVMC Commissioner in this regard.

TDP has also asked for the link documents from Rani Kamala Devi, as the land belonged her.

In 1967-68, then chairman of Town Planning Trust acquired some parts of the land by invoking the Land Acquisition Act and paid some compensation to the owner.

But soon a case was filed in the civil court as some dispute arose between both the parties. The court passed a ruling in favour of Rani Kamala Devi, making her the owner of the 60 acres of land.

In 1998, the Tehsildar of Visakhapatnam Urban filed a petition before the Commissioner of Survey Settlements and Land Record for cancelling Kamal Devi's ownership, after which the land was handed over to the government.

In 2009, Kamal Devi filed a petition in the AP High Court which passed the decision in her favour and the Commissioner''s order was struck down

Subsequent to the High Court's order, the government filed a writ petition in the Supreme Court but in 2012, the apex court dismissed the petition.

Today, the bungalow of AP Governor ESL Narasimhan and a GVMC water tank are located on the land along with the TDP's party office.