Srinivas Rao, the boys' uncle, reportedly did not harm his own children, who were playing with their cousins when he took them away and beat them 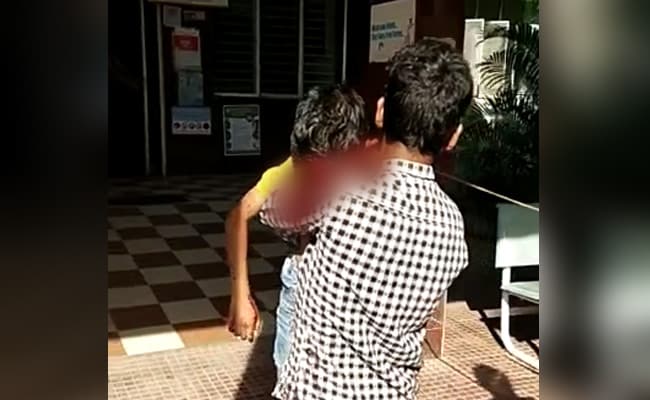 Two boys - seven and 10 years old - were allegedly bludgeoned to death by their uncle in a grisly incident in Andhra Pradesh's Guntur district on Monday.

Parthiv Sahasawat and Rohan Ashwin were brought to a government hospital with severe injuries - gashes on the head and deep wounds from being struck hard and repeatedly with a wooden stick allegedly swung by Srinivas Rao, the husband of their mother's sister.

The younger boy died at the place of attack and the older one died in hospital.

The double murder happened at Repalle town in Guntur district where the boys were visiting.

Their parents - Koteswara Rao and Uma Devi - work as daily wage labourers in Bengaluru and had left their children in the care of their maternal grandmother during the lockdown.

On Monday, Srinivas Rao reportedly took the children inside the house, allegedly assaulted them with a wooden stick and left them bleeding from deep gashes.

Srinivas Rao did not harm his own son, who was playing with his cousins at the time.

Repalle Circle Inspector Suryanarayana told NDTV that Srinivas Rao was jealous and angry as he felt he was humiliated by his in-laws and not treated well.

Rao came to the hospital where he was arrested by the police.

"We are filing a case based on the complaint of the grandmother of the children. We will investigate if there are family disputes or other causes," the police said.

On CCTV, Suitcase Wheeled By Husband With Techie's Body Reportedly Within