When the girl fell unconscious at her home in Guntur, her family took her to a hospital. The doctors were shocked to find her three months pregnant 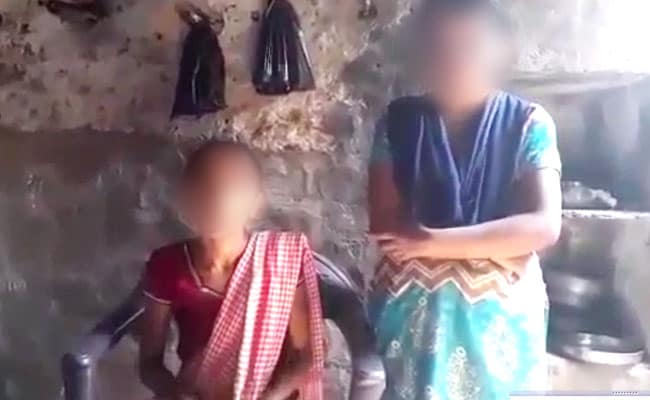 The accused threatened the girl and even gave her Rs 100 to keep her mouth shut.

GUNTUR, ANDHRA PRADESH: It was a regular day for this 14-year-old girl when she fell unconscious at her home in Andhra Pradesh. Her family took her for a medical check-up, but the doctors at the hospital were shocked to find her at least three months pregnant. After repeated questioning, the girl finally told her parents that she was raped again and again allegedly by a Telugu Desam Party (TDP) worker who even gave her Rs 100 to keep quiet.

The 43-year-old accused, Mabub Vali, is known to the family and lured the girl with soft drinks before raping her at a neighbour's place, her family alleged.

Vali threatened her and raped her multiple times after that, the girl said. The accused has been arrested.

The girl's sister told the police that Mabub Vali, who is associated with the TDP and is a co-opted member of a local government body, had offered to mediate between her and her estranged husband.

''He had promised to help me and my family, and now he has done this to my innocent sister. He has children and grandchildren but threatened and exploited my sister," she said.

The police have sent the girl to Gurazala hospital for medical care. "If necessary we will send her to Guntur hospital," Guruzala Deputy Superintendent of Police KVVNV Prasad said.

Will medical termination of her pregnancy be an option isn't clear yet.

Earlier this month, a 60-year-old rickshaw-puller allegedly raped a nine-year-old girl in Dachepalli. He, too, had lured the girl with chocolates to his home where he allegedly raped her. Before dropping her back, he threatened to kill her if she told anyone. The doctors who confirmed the sexual assault had to stitch her to stop bleeding.

The assault led to traffic-stopping protests in the area. Two days later, the accused was found hanging from a tree.

Andhra Pradesh Chief Minister N Chandrababu Naidu, who has volunteered to be the girl's guardian, had called for public hanging of the rapists.

Promoted
Listen to the latest songs, only on JioSaavn.com
The Chief Minister said there was a need to instil fear in rapists that the day they commit such heinous crime will be their last day on earth. "Only this fear could act as a deterrent," he added.

He also announced that the government will set up special courts for early trial in rape cases. He appealed to lawyers not to defend the accused.
Comments
Guntur rapeminor rapedTDP worker rapes girl