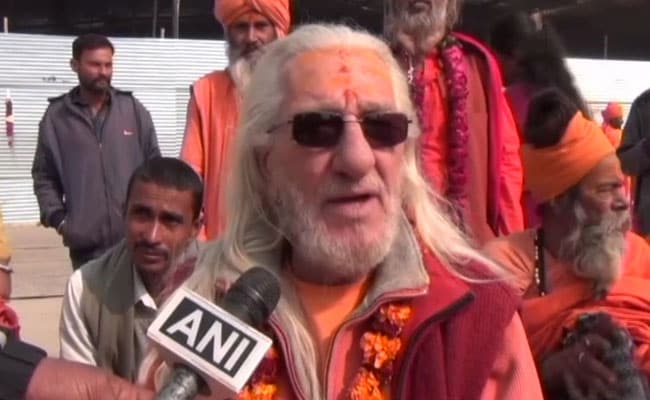 The "French Baba" says he lives a monk-like life in India.

A French man dressed like a sadhu (monk) has became a head-turner in Uttar Pradesh's Prayagraj ahead of the Kumbh Mela that begins in two weeks. Associated with the Anand Akhara (a monastic centre), Daniel, who is a converted Hindu, is now called "Bhagwan Giri" by his fellows. Living in India for over 30 years, Daniel Bhagwan Giri has learnt broken Hindi and tries to speak in the language.

"I love sanatan dharma. It is very peaceful. We believe in one God. There is only one spirit that has many names," said Daniel Bhagwan Giri.

"Prem hai to sab aanand hai (If there is love, there is joy)," he added.

Follower of Devgiri Baba Maharaj, Daniel Bhagwan Giri wears saffron clothes and turmeric paste on his forehead. He eats with his fellows, whom he calls "gurubhai", and lives the "sadhu way of life" (monk-like life).

The "French Baba" will be attending the Kumbh that continues till March.