"I initially thought that he (Barack Obama) had gotten a wrong number when he called me," Bruce Springsteen said. 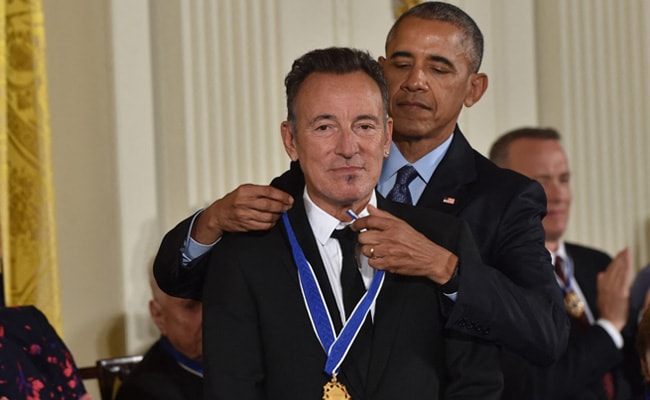 It was Barack Obama's brainchild to start a podcast with America's dad Bruce Springsteen, who joked that he figured the former president "had gotten a wrong number" when he pitched the idea.

In a new interview coming out this weekend the pair waxed poetic on the origins of their conversational podcast "Renegades: Born in the USA" and companion book of the same name, which is set for release October 26.

"I initially thought that he had gotten a wrong number when he called me," Springsteen said with a laugh in a sit-down interview with CBS Sunday Morning, previews of which were released Friday.

"And I answered. I said, 'Okay... let me figure this out. I am a guitar-playing high school graduate from Freehold, New Jersey. And, OK, you want me to do what?'"

Obama said the 20-time Grammy winner who has anchored stadium shows the world round for decades was "surprisingly shy, considering he goes out there and sings before tens of thousands of people for hours at a time."

"These were things that were just kind of popping up over a meal or a drink. And I thought, 'You know what? This might be something that would be useful for folks to hear.'"

The podcast released in early 2021 includes themes of racism, music and masculinity.

The forthcoming book is based on those conversations and will also feature handwritten lyrics from rocker Springsteen, along with annotated speeches from Obama.