"You Have The Same...": Bangladesh PM To Hindu Community On Janmashtami

Sheikh Hasina virtually joined the event at Dhakeswari Mandir in Dhaka and JM Sen Hall in Chattogram from her official residence in Gonobhaban. 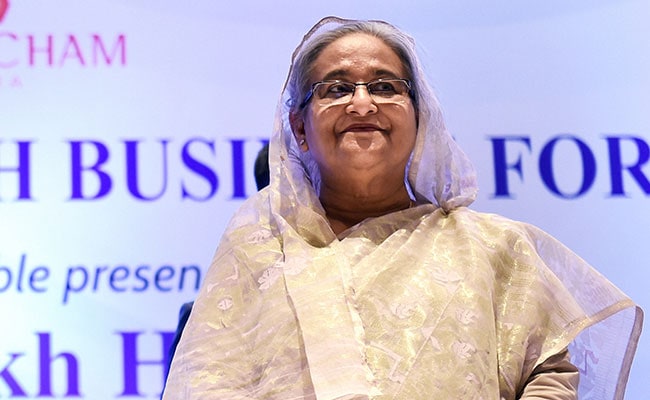 The Hindu community in Bangladesh has the same rights as she has, Bangladesh Prime Minister Sheikh Hasina has said, asserting that the number of mandaps in Dhaka during the Durga Puja festivities were much higher than in West Bengal.

Sheikh Hasina interacted with the Hindu community leaders on Thursday on the occasion of Janmashtami and urged believers of other faiths not to think of themselves as minorities, saying everyone irrespective of their religions will enjoy equal rights in Bangladesh, a Muslim-majority country.

“We want people of all faiths to live with equal rights. You are people of this country, you have equal rights here, you have the same rights as I have,” the Dhaka Tribune newspaper quoted her as saying.

“You would always think that you are the citizens of this country and you will enjoy equal rights,” the premier noted.

Sheikh Hasina virtually joined the event at Dhakeswari Mandir in Dhaka and JM Sen Hall in Chattogram from her official residence in Gonobhaban.

“We also want to see you in that way. Please don't undermine yourselves. You were born in this country, you are the citizens of this country,” she noted.

The prime minister said the number of mandaps in Dhaka is higher than the number in West Bengal or Kolkata, and across Bangladesh during the Durga Puja festivities.

Sheikh Hasina lamented that whenever an untoward incident occurs, it is propagated in such a manner that the Hindu community don't have any rights in Bangladesh.

“Colours are given to that incident in a way that the Hindus have no rights here. And the actions of the government after the incidents don't get proper attention,” Prothom Aalo newspaper quoted her as saying.

Sheikh Hasina said her government and the Awami League did not believe in undermining people from any religion.

“We can say it clearly. Our government is very cautious about it. I can assure you that,” she added.

The Hindu community is the second largest religious affiliation in Bangladesh according to the 2022 census, constituting approximately 7.95 per cent out of the total 161.5 million population.