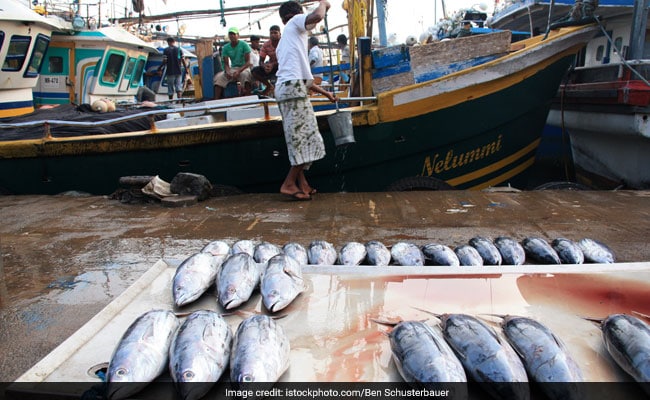 Fish just offloaded from the fisher boats at the fisherman's wharf in Mirissa, Sri Lanka.

The idea that fish suffer runs counter to almost everything Americans have been taught about creatures of the sea. That their brains are not complex enough to experience pain. That their behaviors when stressed - such as wriggling violently on a hook - are just unconscious reactions, disconnected from the suffering of sentient beings. That they're, more or less, unfeeling little meat sticks that don't deserve animal welfare protections.

Greg Abrams, a longtime commercial fisherman in Florida, perhaps best sums up the classic American attitude about fish and their potential to suffer: "God put these animals on the earth for us to survive on," he says. "Whoever's coming out with 'fish are tortured' or 'fish feel pain,' they're not playing with a full deck. I don't want to be rude."

Yet, in recent years, scientists, researchers and biologists - all presumably with their decks intact - have been pushing back on our old ideas about fish pain. One professor has argued that the brains of certain ray-finned fishes are "sufficiently complex to support sentience." Other academics wrote - in a paper confronting fish-pain skeptics, no less - that fish and other aquatic species "meet [the] criteria for sentience, including the ability to experience positive and negative emotions."

Then there's Victoria Braithwaite, professor of fisheries and biology at Penn State University. She co-authored a groundbreaking study in 2003 that suggested fish anatomy was complex enough to experience pain and discomfort. She later wrote the book, "Do Fish Feel Pain?," which includes this striking line: "I have argued that there is as much evidence that fish feel pain and suffer as there is for birds and mammals - and more than there is for human neonates and preterm babies."

The scientific consensus, Braithwaite tells The Washington Post, is that fish do feel pain. "Whatever that means for the fish," she adds. "It's not that they experience the pain that we do, which is more sophisticated."

The accumulated research on fish pain has recently hit the public with the impact of a blunt object. In January, Hakai magazine published a comprehensive feature under the headline, "Fish Feel Pain. Now What?," which Smithsonian magazine republished under the more provocative title, "It's Official: Fish Feel Pain." This month, the storytelling studio Topic ran a deeply reported story "How to Kill Fish," in which author Cat Ferguson argues that the Japanese technique called ike jime is not only more humane than other forms of slaughter but also produces superior-tasting fish.

So why is the public only now interested in a subject that researchers have been covering for two decades? Is it another manifestation of a food culture that demands only the finest ingredients? Or maybe Americans - or some at least - are now ready to face the consequences of a world that acknowledges fish pain? What would it mean for the commercial fishing industry? For regulators? For recreational anglers?

For starters, the U.S. government might have to amend the Animal Welfare Act and the Humane Methods of Slaughter Act, both of which exclude fish. Weekend anglers might have to kill their fish first before throwing them in a cooler. Fish farms might have to adopt new methods of slaughter. Commercial trawlers, the boats that roam the world's oceans, might have to upgrade their equipment to kill fish humanely. 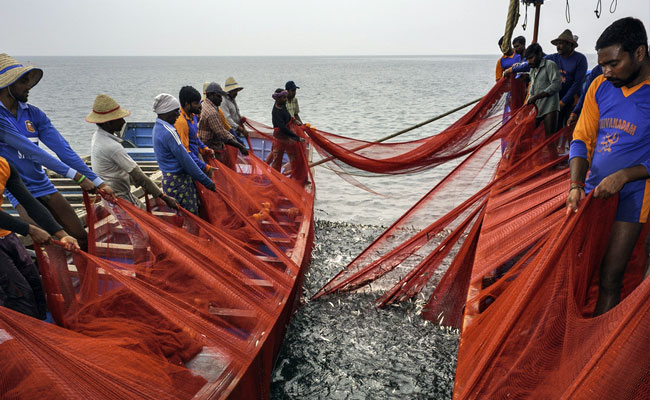 Fishermen haul in a catch of sardine off the Malabar Coast in deep waters in north Kerala.

But perhaps most problematic, companies that export seafood to the United States might have to adopt humane methods for slaughter before shipping fish to America. According to NOAA Fisheries, more than 80 percent of the seafood consumed in the United States is imported, though a large portion of it is caught by U.S. fishermen and sent overseas for processing before returning to American shores.

In other words, there would be a lot of resistance to changing the way fish is caught, transported and killed. It might be possible for fish farms and weekend anglers to change their ways, says David Krebs, founder of Ariel Seafoods in Destin, Florida, but it would be impossible for commercial boats, which can net a million or more fish at one time.

"You have a [catch] come on board with two million creatures, and you're going to take each one of them and say, 'Let's change how you're dying.' It's impossible," Krebs says. "You're not changing the way that the Russians are trawling or the way that the Japanese are trawling."

Large commercial trawlers rely on an apparently painful way to kill their haul, says Braithwaite, the Penn State professor. Crews let the fish asphyxiate on deck. Depending on the size and species of fish, it can take several minutes for the creature to die, Braithwaite says. Every year, this method is responsible for killing millions of tons of fish, the vast majority of fish consumed across the globe.

"It's not a swift death," the professor says. "It's not much fun watching a fish flopping around, not breathing normally."

Abrams, the founder of Greg Abrams Seafood in Panama City, Florida, has chill tanks on his boats. These 1,000-pound tanks contain a mix of ice and water, the temperature hovering above freezing. The tank "kills them instantly," he says of the fish. "They're not moving around."

But stillness, counters Braithwaite, is not an indication the fish is dead. Studies on fish in chill tanks, she says, show that "the brain is still alert" even though the body has stopped moving. It can take several minutes for fish to die in an icy slush, she says, "with some fish still showing signs of gill cover movements five hours after entering the ice slurry."

The innovators in humane slaughter, the professor says, can often be found in aquaculture, the rapidly growing business of raising fish in contained environments. A World Bank report estimates that by 2030, aquaculture will supply more than 60 percent of the fish for human consumption, nearly a third more than it supplied in 2006. Accordingly, aquaculture has been trying to overcome its reputation for polluting the environment and spreading disease.

One group tasked with improving aquaculture is the Conservation Fund's Freshwater Institute, a West Virginia research facility. John Davidson, a senior research associate with Freshwater, says one of the group's missions is to create recirculating aquaculture systems that alleviate the stress on fish, right through to the slaughter stage. The group currently relies on a piece of equipment that directs Atlantic salmon into a single channel, where the fish are killed instantly with a pneumatic piston to the brain. It takes about 15 seconds from the salmon's removal from their tank to slaughter, Davidson says.

It's a humane slaughter, Davidson says, designed as much with consumers in mind as the fish. After all, fish slaughtered in more stressful environments can result in a product with a shorter shelf life and lead to off-flavored flesh infused with lactic acid. The whole process at Freshwater "actually leads to a high-quality product at the end," he says, "and that's what we're focused on." 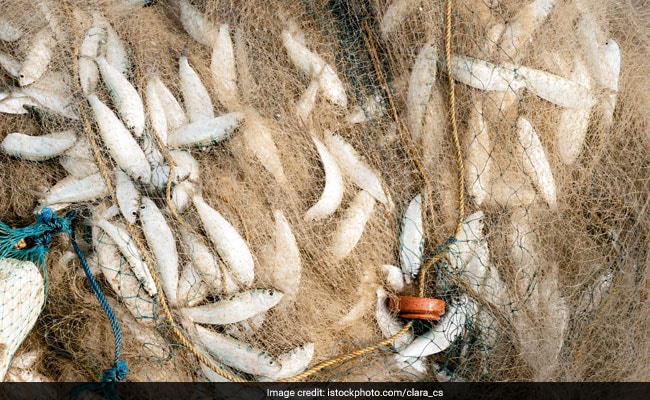 A World Bank report estimates that by 2030, aquaculture will supply more than 60 percent of the fish for human consumption, nearly a third more than it supplied in 2006.

The farmed catfish industry has adopted a different slaughter method that it considers just as humane, says Carole Engle, co-founder of Engle-Stone Aquatics, an aquaculture consulting company. Because catfish can become aggressive in low densities and don't typically swim in a straight line, they would not respond well to a percussive stunner with a single channel, says Engle, former chair of the department of aquaculture and fisheries the University of Arkansas at Pine Bluff. Most farmed catfish processors rely on electrical stunning baskets before moving the animals inside the plant.

From beginning to end - from live animal to stunned, processed and frozen flesh - the procedure takes 10 minutes, Engle says. The farmed catfish industry adopted electrical stunning decades ago, she adds, largely motivated by the efficient process and the product quality.

Braithwaite, the researcher into fish pain, is optimistic that humane slaughter methods will eventually work their way onto large commercial and small recreational boats. There are ways for fishers on both of ends of the spectrum to incorporate better kill techniques, whether electrical stunning on trawl boats or ike jime for recreational fishers.

The professor says she thinks that governments may one day start to amend their slaughter and welfare laws to include fish. Norway has already done so: The country, a major producer of farmed Atlantic salmon, requires farmed fish to be stunned before slaughter.