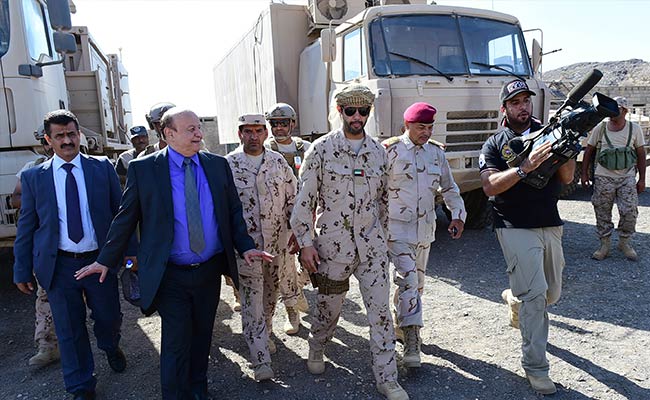 The shakeup comes as anti-rebel forces struggle to push Iran-backed Houthi insurgents out of the southwestern province of Taez, seen as key to retaking the capital Sanaa.

The replacement of Yassin, who is said to have good relations with Hadi but not with Prime Minister Khaled Bahah, is understood to be aimed at smoothing relations between the president and the premier.

"The reshuffle is mainly to replace Yassin who had differences with Bahah," a source close to the prime minister said.

Hadi returned to the southern city of Aden last month from exile in Riyadh where he fled in late March as the Houthis closed in.

Pro-Hadi forces backed by an Arab coalition led by Saudi Arabia retook control of Aden from the rebels in July, followed by four other southern provinces.

But they have faced fierce resistance in their bid to wrest back control of Taez province and break a siege of loyalists holed up in its provincial capital.

The United Nations says more than 5,700 people have been killed in the fighting since March, nearly half of them civilians.