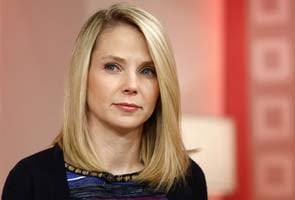 San Francisco: Yahoo Inc Chief Executive Marissa Mayer was asked at an all-staff meeting several weeks ago whether her rigorous hiring practices had caused the company to miss out on top engineering talent in Silicon Valley's hyper-competitive job market.

Mayer dismissed the complaint that she had refused good candidates because they did not have degrees from prestigious universities, and instead she challenged her staff to get better at recruiting, according to an employee who was at the meeting.

"Why can't we just be good at hiring?" Mayer said, playing off a line from what she called one of her favorite movies, 1989's "Say Anything", according to the employee. He did not want to be identified because he was not authorized to discuss Yahoo's internal matters.

The question, according to Yahoo insiders, reflects wider concerns among hiring managers and rank-and-file employees over the way Mayer has tightened hiring practices since becoming CEO last July, as part of an effort to transform Yahoo's workforce and culture.

Even before Mayer's now-famous ban on working from home drew controversy last month, Yahoo was struggling with the perception that its best days are behind it, according to recruiting consultants. The company also faces fierce competition for talent in Silicon Valley, where Google Inc and Facebook Inc hold more prestige, while start-ups offer the lure of shares in an eventual IPO.

Rick Girard at Stride Professional Search, who specializes in placing engineers with start-ups, said a Yahoo job offer was still viewed as a "back-up" option by many of his clients.

"We only had one person who ended up taking the job at Yahoo. I think it was because she wanted to be at a larger company," he said.

Yahoo declined to comment for this story or to make Mayer available for an interview. The CEO told investors in January that Yahoo was seeing a marked increased in the volume and quality of job applicants, and that attrition among "highest-performing talent" was significantly lower than in the past.

Still, Yahoo has almost 900 jobs open, representing nearly 8 per cent of its workforce of 11,500, according to its website. Some of the openings are months-old. In comparison, Google has almost 1,000 open jobs, but that is just 2 per cent of a workforce that is more than four times the size of Yahoo's.

Mayer joined Yahoo after a 13-year stint at Google, during which she helped develop its flagship search product. She is the third CEO in about a year to lead Yahoo, whose revenue had stagnated amid competition from Google, Facebook and other Web companies, an exodus of senior executives, and an internal reorganization that eliminated thousands of jobs.

"Stopping the hemorrhaging is job one and I think she's accomplished that almost by virtue of her presence," said Neil Sims, a managing director with executive recruiting firm Boyden.

Job two is to modernize Yahoo's dated consumer Web products and services, which have an impressive audience of roughly 700 million people, but have not kept up with trends in mobile computing and social networking. Hiring new talent is critical to that success, analysts said.

To make Yahoo a more attractive place to work, Mayer has borrowed from the Google playbook and provides employees with free food and the latest smartphones.

But she has also firmly stated at a staff meeting that one Google policy she will not be importing is its famous decree that employees get to spend a fifth of their time on personal projects, according to people who were at the meeting.

It's clear that Mayer wants to impose more discipline on Yahoo's workforce after years of management turmoil.

"From the time she got there, she was kind of shocked by the culture, by the fact that so many people were working from home that you couldn't even have a Friday staff meeting," said another person familiar with Mayer's thinking.

Mayer has more than a dozen ideas to make the organization more efficient and orderly, the person said, adding, "You're going to continue to see important and sometimes controversial and tough moves made."

The controversy has caused consternation in the administrative assistant ranks as well as the professionals.

Mayer has brought Google's high recruiting standards to Yahoo, in particular its focus on academic credentials, according to current and former Yahoo employees. High grades from top-rated schools such as Stanford University, where Mayer earned her masters in computer science, are important. A computer science degree is much more valued than others, even the electrical engineering degree that Yahoo co-founder David Filo earned, these people said.

Yahoo said in January that it added 120 employees with computer science degrees in the fourth quarter. It is not known how many employees quit that quarter, but two former executives said Yahoo's attrition rate averaged at 20 percent historically.

Mayer's focus on academics extends to existing staff as well. For instance, some administrative assistants were recently informed that they had to take a modified version of the law school admissions test, for reasons not fully explained. The demand sparked consternation and Yahoo later backed off, according to a person with knowledge of the matter, who said it was unclear how widespread the requirement was intended to be.

Another Google practice that Mayer has adopted at Yahoo is to personally review and sign off on every hire, which inevitably slows down recruiting.

Job applicants often go through the interview process, then "wait and wait," said one executive who recently left Yahoo. "One person we wanted waited eight weeks, then they inevitably got another offer."

While some may think Mayer's recruiting practices overly rigid, others say they are necessary.

"Adding a little more friction in a process that needs improvement can help you identify how the system is working in order to improve it," said Brad Garlinghouse, a former Yahoo executive whose famous 2006 "Peanut Butter" memo warned that the company was losing its focus and spreading itself too thin.

Hiring the right people is the foundation on which great products are built, said Garlinghouse who is now the chief executive of online file-sharing service YouSendIt. But he noted that focusing too much on academics was not the most effective way to find the right employees.

"Some of the best people I've ever worked with didn't necessarily get the best GPA or go to Stanford," he said.

"Hiring is only being done to replace some of the attrition, but no hiring that would grow the headcount," said the former executive, who added that top managers were given 2013 budgets that called for headcount to remain flat versus 2012.

Mayer is taking a hard look at staffing levels in some of Yahoo's outposts, said two people with direct knowledge of the matter, particularly its more than 2,000-person operation in Bangalore, India. It is Yahoo's largest engineering center outside its Sunnyvale, California headquarters.

Mayer is weighing bringing certain jobs in India back to Sunnyvale to unite more of Yahoo's product development at the home base, said one of the sources.

Several recruiters said Yahoo's vast audience of 700 million unique visitors is appealing to engineers. But with so many attractive opportunities at startups and successful Internet companies, the lure of Yahoo is not as strong as it could be.

Mayer has brought some buzz back to the company, said one former Yahoo engineer. But working at a "hot" start-up such as Dropbox or AirBnB "looks much stronger on your resume than being an employee at Yahoo," said the engineer, who turned down an offer to return to Yahoo.

Promoted
Listen to the latest songs, only on JioSaavn.com
"We don't typically run into Yahoo," said Alan Shapiro, the owner of San Jose-based Technology Search International which specializes in finding jobs for software engineers. "When we represent a candidate, we'll ask who else they're talking to. Yahoo is not a name that's frequently mentioned."