Xiaomi To Sell Phones Out Of A Van In Rural India

Xiaomi is just one of several brands that are taking their products directly to customers to make up for a lack of traffic in stores during the pandemic and the ensuing lockdowns. 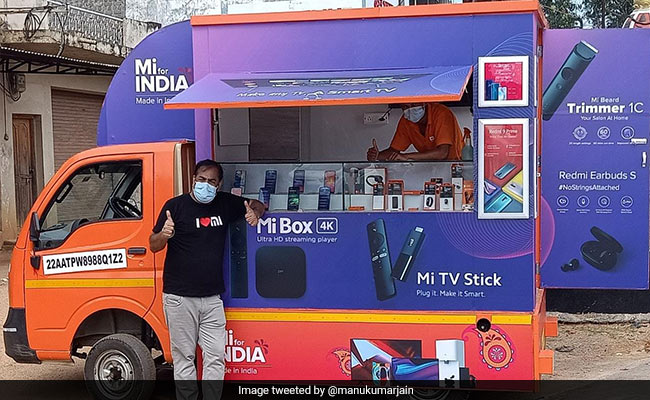 Xiaomi Corp plans to reach out to rural Indian consumers via a Mi Store on Wheels, hoping to sell smartphones to the remotest parts of the country at a time of growing anti-Chinese sentiment.

The top-selling smartphone brand is starting a traveling store, which will cover a specific route and stop in places where rural residents gather for their weekly haats, or street fairs. The pilot will also sell smart TVs, CCTV cameras, earphones, sunglasses and power banks, Xiaomi said in a release Monday.

"Mi"les to go before we sleep!

Excited to launch "#MiStore-on-wheels", an innovative concept that brings #retail experience to the heart of #India, connecting villages through a moving store.

So proud of our #offline#team who completed this project in just 40 days.

Xiaomi is just one of several brands that are taking their products directly to customers to make up for a lack of traffic in stores during the pandemic and the ensuing lockdowns.

The Chinese smartphone maker held onto its top position in India's smartphone market for the June quarter, even as smartphone shipments halved and tensions between Delhi and Beijing led to a growing backlash against Chinese brands.

"MSoW outlets will be fully safe for consumers to visit. With this new initiative and having the largest exclusive single brand retail network, we are determined to reach the remotest of areas in the country and address the needs of customers, bringing the Mi Store experience to their neighborhood," said Muralikrishnan B, chief operating officer at Mi India.

Mi India currently has over 8,000 Mi preferred partners, more than 4,000 large format retail partners as well as 3,000 Mi Stores, according to the company's statement.