Xi Show By The Sea Shore At This Week's APEC Summit

US President Donald Trump's decision to skip the summit in Papua New Guinea has allowed the Chinese leader to take centre stage, an opportunity that Beijing is seizing with relish. 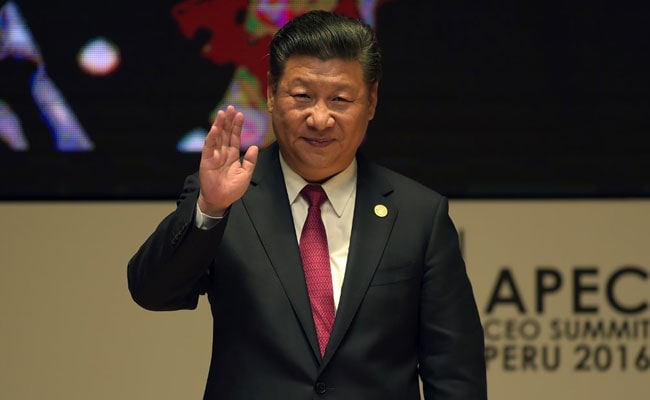 Hundreds of fluttering red flags, buses emblazoned with "China Aid" logos and even a purpose-built pagoda: driving around Port Moresby, you could be forgiven for thinking that Xi Jinping is hosting this week's APEC summit of Asia-Pacific leaders.

US President Donald Trump's decision to skip the summit in Papua New Guinea has allowed the Chinese leader to take centre stage, an opportunity that Beijing is seizing with relish.

Xi will embark on a state visit a day before the rest of the delegates descend on this dusty sun-baked city -- and host a meeting with Pacific leaders -- a schedule designed to emphasise growing Chinese influence in the region.

On Friday, he is expected to open a new road and be treated to a traditional "sing sing" -- a tribal welcome complete with Birds of Paradise-feathered headdresses and grass skirts, underscoring his status as the man of the moment.

In front of the plush Stanley Hotel where Xi and the Chinese delegation will stay, dozens of red flags surround a pagoda, every bit as ostentatious as Xi's diplomatic gambit.

Beijing has been working hard to expand its influence across the Pacific, securing new markets for Chinese firms, snapping up rights to mine, cut and harvest raw materials and developing a deep network of political influence.

Total trade between China and the Pacific islands reached $7.25 billion in 2017, plus another $3 billion in investment, according to official data from Beijing.

"Relations between the two sides have entered a new stage of rapid development," said Vice Minister of Foreign Affairs Zheng Zeguang of China's ties with the Pacific. 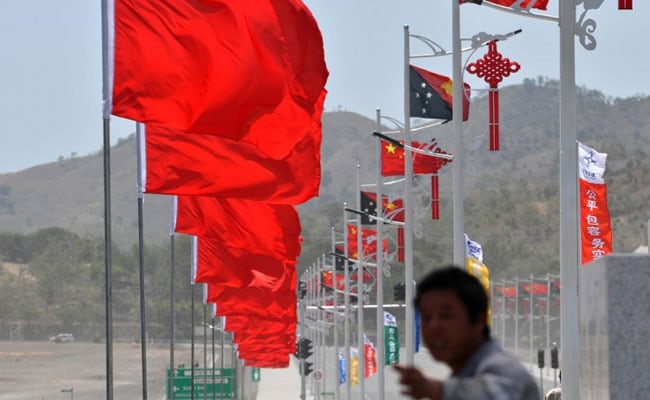 Increasingly, Beijing appears to be rivalling Washington as the region's pre-eminent economic power, even if it is still eclipsed militarily.

Trump's decision not to attend the summit, and to send Vice President Mike Pence in his stead, has left Washington scrambling to convince allies that it has not conceded the battle for influence in the Pacific.

The president pulling out of a US-led Asia-Pacific trade pact days after entering office and his willingness to question decades-old treaty obligations to defend Asian allies had already soured the mood.

Instead of deepening ties, Pence's first task at the APEC summit will be to "try to reassure people about the continued US commitment to the region" said William Alan Reinsch, a former US trade official.

On Saturday, Pence and Xi will give back-to-back speeches at the Asia-Pacific CEO summit aboard the Pacific Explorer, a cruise ship docked in Port Moresby's harbour.

The rivalry between Beijing and Washington has only deepened as the two countries exchange tit-for-tat trade sanctions and barbs, with Pacific islands caught in the crossfire.

"Tensions between the US and China are making it increasingly difficult for Asia-Pacific countries to maintain what has always been a delicate diplomatic balancing act" of maintaining good ties with both capitals, said Merriden Varrall of Australia's Lowy Institute.

Senior White House officials speak darkly about Chinese financing coming with strings attached and of "protecting the sovereignty and independence of countries" so they can have "the freedom to be themselves without political and other forms of interference from abroad, from other powers".

In Beijing, the tone is equally combative: "No country should try to obstruct the friendship and cooperation and exchanges between China and the island countries," said Zheng.

But as Matthew Goodman, an expert at the Center for Strategic and International Studies, put it: "in Asia, 80 percent of life is showing up."

If that is true, it may be advantage Beijing at this week's summit.