"Worst Over": After Devastating Floods, Australia Braces For A Clean Up

Australia's tropical north typically experiences heavy rains during the monsoon season, but the recent downpours have seen areas getting a year's worth of rainfall in less than a week. 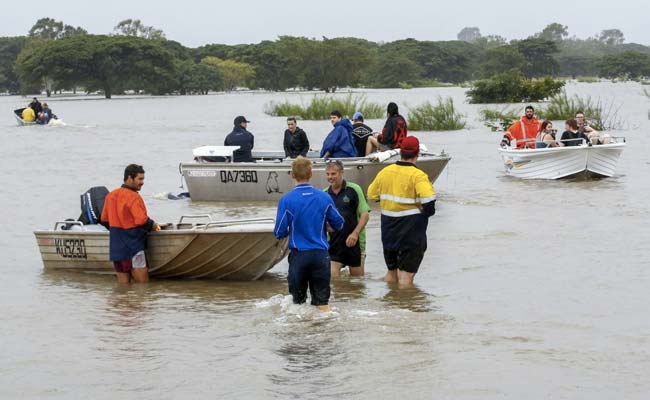 Communities remain cut off and thousands are still without power in the state of Queensland, but the downpours that have seen areas doused with more than 300 millimetres (11.8 inches) of rain daily were easing the weather bureau said

"It looks like the worst is probably over," Bureau of Meteorology forecaster Vinord Anand informed.

"We are still seeing rainfall rates that are meeting our severe weather warning criteria, but rainfall totals are not high as they have been in the last five to 10 days."

The daily rainfall totals were falling below 250 millimetres and would "ease slightly" on Thursday and Friday as the monsoonal trough slowly moves offshore, he added.

Australia's tropical north typically experiences heavy rains during the monsoon season, but the recent downpours have seen some areas get a year's worth of rainfall in just a week.

The rains turned roads into rivers and were so incessant that authorities were forced to open floodgates of a major dam on Sunday.

With floodwaters receding in some areas of the hard-hit city of Townsville, residents headed home to help each other clean up their mud-caked properties.

"Just coming up the driveway, looking at all the mud, that's when it hit home," resident Clayton Linning told national broadcaster ABC Wednesday.

"There are a lot of neighbours we've never met before and now we have, which is really nice. It's an unfortunate way to have to build community but it does."

Prime Minister Scott Morrison and Queensland Premier Annastacia Palaszczuk said on Wednesday that officials were working to ensure affected locals would get access to recovery payments and support.

The Insurance Council of Australia added that claims were "rising by the hour", with losses of Aus$45 million (US$32 million) from 3,500 applications so far.

More than 100 extra police personnel have been deployed to help with the disaster, while the army, which has a major base in Townsville, has also been active.

Meanwhile police said they had launched an investigation into the deaths of two men aged 21 and 23 after their bodies were found in floodwaters, amid local media reports officers had been chasing them after an alleged liquor store break-in.