Fausta, a female black rhino, died of natural causes in captivity on Friday in the Ngorongoro Crater, the state conservation body said. 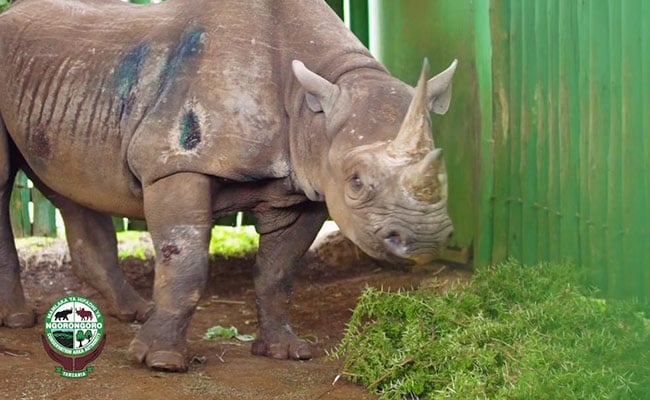 A rhino believed to the world's oldest has died at the age of 57 in a Tanzanian conservation area, authorities said.

Fausta, a female black rhino, died of natural causes in captivity on Friday in the Ngorongoro Crater, the state conservation body said.

"Records show that Fausta lived (longer) than any rhino in the world and survived in the Ngorongoro, free-ranging, for more than 54 years before it was kept in a sanctuary for the last three years of its life in 2016," the Ngorongoro Conservation Area Authority said in a statement.

Fausta was first located in 1965 at between three and four years' old by a scientist. Her health deteriorated from 2016 after hyena attacks, when she was taken into refuge.

Rhinos' life expectancy is around 40 years in the wild but they can live an extra decade in captivity, according to the Ngorongoro authority.

Decimated by poaching, black rhinos now number around 5,500, according to charity Save The Rhino. The smaller of the two African species, they are found around south and east Africa, including Kenya, Tanzania, Namibia, South Africa and Zimbabwe.

(Except for the headline, this story has not been edited by NDTV staff and is published from a syndicated feed.)
Comments
world's oldest rhinoTanzania rhino