World's Oldest Dog Pebbles Passes Away At The Age Of 22

Pebbles, a Toy Fox Terrier that held the Guinness World Record for being the world's oldest dog, passed away on Monday, Oct 3 in South Carolina. 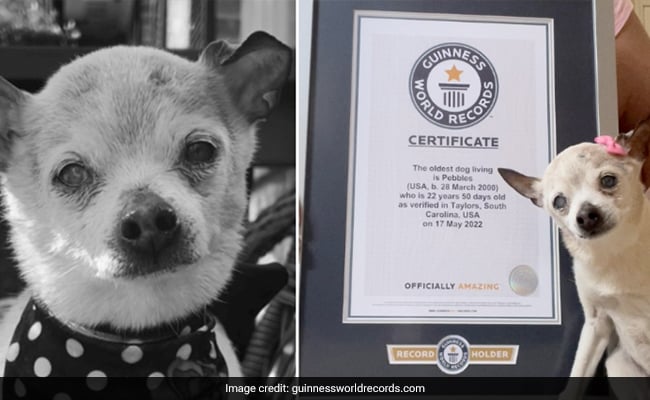 Born as a female on March 28, 2000, in Long Island, New York, United States, the canine became a pet to its owners Bobby and Julie Gregory.

The information about Pebbles being the world's oldest dog shocked the globe when the news went viral, GWR said.

Pebbles broke the previous record of the oldest living dog, TobbyKeith when the Gregory family realized that it could be older than that.

As quoted by GWR, Mrs Gregory said, "Bobby was sitting on the couch and friends and family started texting and calling about a story they saw about a 21-year-old dog getting the record."

"When I saw TobyKeith's story all over the news, I applied," she added.

According to Mrs Gregory, Pebbles lived a happy and long life. It was the queen of the household. Together with its late mate Rocky (also a Toy Fox Terrier), who passed away in 2017 at the age of 16, Pebbles gave birth to 32 puppies throughout three distinct litters, GWR further said.

"She spent her days enjoying country music and being loved,"Mrs Julie Gregory wrote in a press release.

"She enjoyed trying new foods, she was pampered, and most of all she was loved," she added.

Pebbles was put on a diet of cat food in 2012 because it has more meat-based protein than dog food. On rare occasions, such as the celebration of her 22nd birthday, the Gregory family would let Pebbles enjoy delights like a plate of ribs. According to Mrs Gregory, giving her puppy lots of love and care was the key to her puppy's long life.

GWR further said, "Pebbles will be remembered for her appreciation of country music and her love for summertime and, of course, for being a world record holder."