Scientific assessment published Monday in Nature Climate Change is the second in a month to show that coastal economies are more vulnerable than previously thought to the danger of rising sea levels. 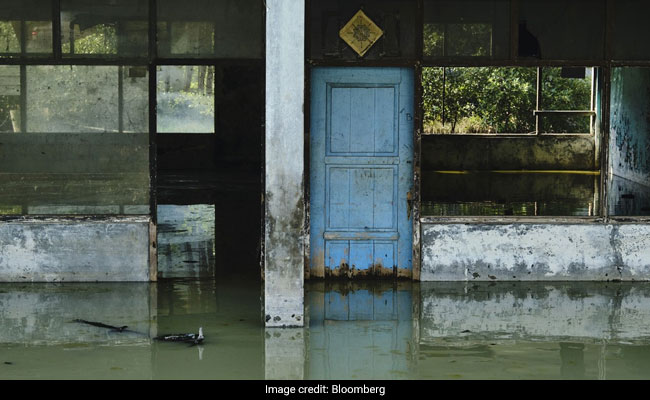 Sea-levels have risen at about 2.5 mm a year globally over the last 2 decades.

The economic impacts of rising sea levels will be felt four times faster by people living in some of the world's biggest coastal cities, which are sinking beneath their own weight into manmade cavities created below the surface.

The scientific assessment published Monday in Nature Climate Change is the second in a month to show that coastal economies are more vulnerable than previously thought to the danger of rising sea levels. The extraction of groundwater and other resources from beneath cities including Jakarta, New Orleans and Shanghai is causing them to slowly sink, a phenomena called subsidence, resulting in greater risks from flooding and storm surges.

"Due to its coincidence with major population centers, subsidence has global social and economic implications," reads the peer-reviewed research written by scientists from China, France, Germany and the U.K. "These results indicate that the impacts and adaptation needs are much higher than reported global sea-level rise measurements suggest." 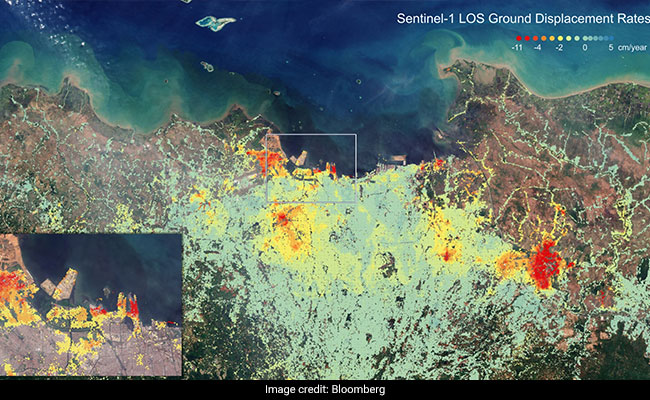 While sea-levels have risen at about 2.5 millimeters a year globally over the last two decades, coastal residents representing some 58% of the world's population have experienced average relative sea-level increases of 7.8 to 9.9 millimeters annually, according to the research, which used satellite data to gauge changes in land elevation.

The risks of groundwater extraction have long been known in urban areas like Miami-Dade County in Florida, which is built on the Biscayne Aquifer, some 4,000 square miles of unusually shallow and porous limestone, whose tiny air pockets fill with rainwater and runoff that satiates some 2.7 million people. The new research suggests policy makers can regulate development and groundwater extraction to slow down and mitigate the impact of higher oceans.

"Human-induced subsidence in and surrounding coastal cities can be rapidly reduced with appropriate policy for groundwater utilization and drainage," the researchers wrote. "Such policy would offer substantial and rapid benefits to reduce growth of coastal flood exposure due to relative sea-level rise."

For other cities like Jakarta, the window to mitigate sinking ground levels and rising seas is already closing. Indonesia is  relocating its capital to higher ground on the island of Borneo, a move that will cost billions of dollars by the time it begins later this decade.

"One of the main reasons that Jakarta, the capital city of Indonesia, is being moved to Borneo is because the city is sinking due to groundwater extraction from shallow wells," lead researcher Robert Nicholls of the U.K.'s  Tyndall Centre for Climate Change Research said in a statement. "We hope that our analysis improves the understanding of how sea-level rise and subsidence are hand-in hand for science and coastal management policy worldwide. Jakarta might be just the beginning."