The 33-year-old's second SARS-CoV-2 infection was detected via airport screening on his return to Hong Kong from Europe this month. 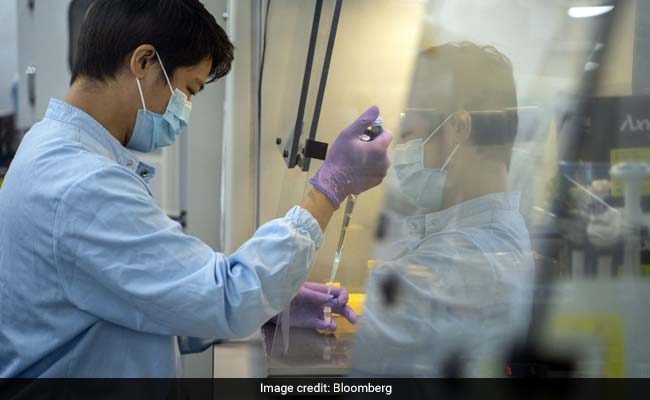 Worldwide, some 24 million people are known to have been infected with Covid-19.

A man caught the coronavirus after recovering from an initial bout in April in what scientists said was the first case showing that reinfection may occur within a few months.

The 33-year-old's second SARS-CoV-2 infection was detected via airport screening on his return to Hong Kong from Europe this month. Researchers at the University of Hong Kong used genomic sequence analysis to prove that he was infected by two different strains. The information technology worker didn't develop any symptoms from his second infection, which might indicate "subsequent infections may be milder," the researchers said.

"Our findings suggest that SARS-CoV-2 may persist in humans," Kwok-Yung Yuen and colleagues said Monday in a paper accepted for publication in the journal Clinical Infectious Diseases. The findings also suggest SARS-CoV-2 is reminiscent of the coronaviruses that cause the common cold, and may continue to circulate "even if patients have acquired immunity via natural infection or via vaccination," they said.

While some patients have tested positive for the virus over many weeks, even after their symptoms have resolved, scientists haven't fully understood whether these cases reflect lingering traces of the virus, a re-eruption of an infection, or a new infection.

This is "the world's first documentation of a patient who recovered from Covid-19, but got another episode of Covid-19 afterwards," the researchers said in an emailed statement.

It may be difficult to find Covid-19 survivors who have been reinfected with SARS-CoV-2 if they don't show symptoms, said Corey Smith, head of translational and human immunology at the QIMR Berghofer Medical Research Institute in Brisbane.

"Because he showed no symptoms on the second infection, it is likely that, although the virus has managed to establish infection, his memory immune response has likely prevented any symptomatic disease," Smith said in an email. "This does suggest that natural infection may provide protection against disease, but not reinfection."

One problem is that a reinfected person may still spread the SARS-CoV-2 virus to someone who hasn't been previously exposed, he said.

It's inevitable that reinfections will occur, said Thomas File, president of the Infectious Diseases Society of America and chair of infectious diseases at Summa Health, a hospital system in Akron, Ohio. "The question is how long after the initial infection might that occur?"

Protection from reinfection will vary between people, and may depend on the individual patient, their immune system, whether the patient developed symptoms to the first infection, and the nature of the second virus to which they have been exposed, File said in an interview Monday.

"We know that if you look at the seasonal endemic coronaviruses, the amount of immunity can be as low as four, five or six months to maybe up to a year or two," he said.

Worldwide, some 24 million people are known to have been infected with Covid-19, Maria Van Kerkhove, the World Health Organization's technical lead on Covid-19, told reporters in Geneva Monday. Most patients -- even those who have a mild case -- mount an immune response to the infection, she said.

It's important to document cases like the one described in Hong Kong, "but not jump to any conclusions," Van Kerkhove said. Studies tracking larger numbers of cases over time are needed to better understand the quality and durability of recovered patients' neutralizing antibody response to SARS-CoV-2, she said.