"We live in a changing world, and the WHO must be able to change with it," Tedros Adhanom said in his vision statement, citing new health threats brought about through globalisation, climate change and unhealthy lifestyles. 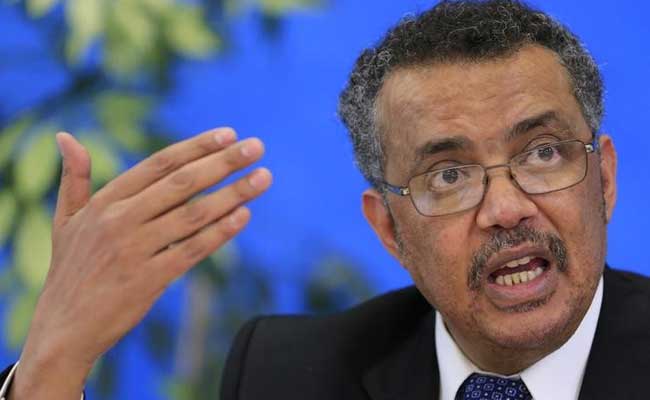 Addis Ababa: The first African to head the World Health Organisation, Ethiopia's Tedros Adhanom, says he aims to replicate his success in turning around his country's healthcare system on the global stage.

The 52-year-old's campaign focused on overhauling the UN health agency after its much-criticised handling of the west African Ebola epidemic, and speculation that the United States might cut its funding for the agency.

"We live in a changing world, and the WHO must be able to change with it," Tedros Adhanom said in his vision statement, citing new health threats brought about through globalisation, climate change and unhealthy lifestyles.

A specialist in malaria with a doctorate from the University of Nottingham in Britain, Tedros was appointed Ethiopia's health minister in 2005 where he oversaw a drive to expand basic healthcare by building thousands of clinics and boosting community-based health services.

The initiatives contributed to a two-thirds drop in child mortality between 1990 and 2015, and a 75 percent drop in malaria deaths in the same period.

Tedros waged a high-profile campaign on social media after the WHO changed its rules to have the director-general elected in a popular vote by member states, instead of having the executive committee propose a single candidate.

In an interview published on his website, Tedros said he would push forward with reforms the WHO announced after the Ebola crisis, but would also try to improve the way it is funded to allow the organisation to be more responsive in health emergencies.

His priority would be "achieving universal health coverage".

Tedros managed to fight off a last-minute controversy after an advisor to his British rival David Nabarro accused him of covering up three major outbreaks of cholera in Ethiopia, in an interview with The New York Times.

On Monday, a group of about 100 demonstrators gathered at the UN headquarters in Geneva to protest against his candidacy, saying he had played down the outbreaks, with disastrous consequences.

At one point they forced outgoing chief Margaret Chan to halt her speech in the assembly hall Monday, shouting "No Tedros at WHO".

The Ethiopian government has insisted that the deadly outbreaks were not cholera but Acute Watery Diarrhoea (AWD) -- a symptom of the disease.

Officially declaring a cholera outbreak could have resulted in Ethiopia's trading partners rejecting its exports for fear of contamination, while also hurting tourism.

A new outbreak of AWD affecting more than 16,000 people in Ethiopia's Somali region was declared in April.

Tedros also faced pushback from Ethiopian dissidents, who accused him of being complicit in a crackdown on anti-government protesters during a stint as foreign minister from 2012 to 2016.

(Except for the headline, this story has not been edited by NDTV staff and is published from a syndicated feed.)
Comments
World Health Organisationtedros adhanomWHO ChiefClimate changeGlobalisation