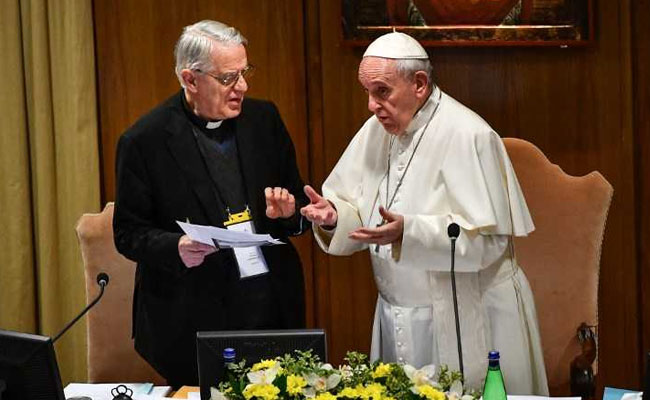 Pope Francis opened on Thursday a landmark summit at the Vatican on fighting child sex abuse, saying that the world expected "concrete measures" on tackling paedophilia in the Catholic Church.

The pontiff will dedicate the next three and a half days to discussing the Church's response to child abuse by members of the clergy with bishops from around the world.

"The Holy people of God are watching and waiting not for simple and obvious condemnations but concrete and efficient measures," he said as the summit opened, the first of its kind.

"Let us listen to the cry of the young ones who ask us for justice," he said.

The pope is aiming to tackle the continuing scandal, which again hit the Church in 2018 in countries across the globe, including Chile, Germany and the United States.

The 82-year-old hopes to raise awareness about abuse through prayers, speeches, working groups and testimonies from victims.

"I ask the Holy Spirit to support us in the following days and help us to transform this evil into an opportunity for awareness and purification," Francis said.

"May the Virgin Mary enlighten us to try to cure the serious wounds caused by the scandal of paedophilia both in children and in believers," he added. 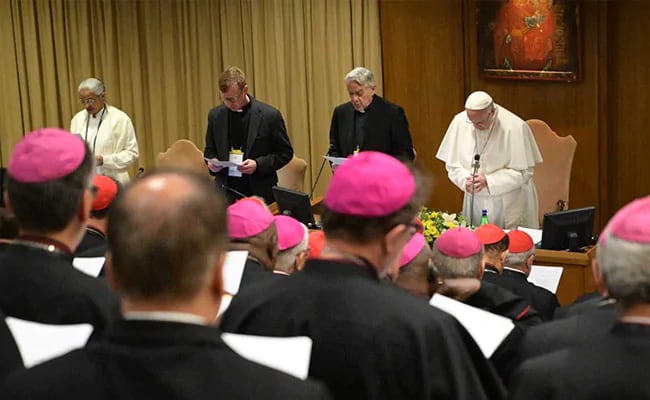 May the Virgin Mary enlighten us to try to cure the serious wounds caused by the scandal of paedophilia both in children and in believers: Pope Francis

The summit aims to educate 114 top bishops who will then return home with clear ideas on how to spot and deal with abuse and paedophilia.

The task is made difficult by the fact that some churches, in Asia and Africa in particular, deny the problem exists.

"My hope would be that people see this as a turning point," said American Cardinal Blase Cupich, one of the pope's trusted allies in the United States and one of the summit's four organisers.

The US Catholic Church has been shaken by one of the gravest crises in its history, with the defrocking last week by Pope Francis of a former cardinal -- American Theodore McCarrick -- over accusations he sexually abused a teenager 50 years ago.

"It's not the end game, no one can ever say that... (but) we're going to do everything possible so people are held responsible, accountable and that there is going to be transparency," Cupich told journalists ahead of the meeting.

Three themes -- responsibility, accountability and transparency -- form the backbone of the summit and will provide its participants with the keys to ensuring child safety, he said.

There are reforms in the pipeline, such as the "tweaking" of certain canon laws, according to another of the organisers, Maltese Archbishop Charles Scicluna.

But the suggestion that Church laws need only fine-tuning has angered many, including Anne Barrett Doyle, the co-director of BishopAccountability.org, a public database that documents cases of proven or suspected cleric sex crimes.

"Canon law has to be changed: not tweaked, not modified, but fundamentally changed, so that it stops prioritising the priesthood... over the lives of children, and vulnerable adults who are sexually assaulted by them," she said.

Scicluna insists that summoning Church leaders from all continents to Rome "is in itself a very important message".

The Maltese spent 10 years as the Vatican's top prosecutor on paedophilia cases, and was picked by Francis to travel to Chile last year to hear from victims whose voices had previously been silenced by an internal Church cover-up.

Scicluna has called for an end to the code of silence and culture of denial within the beleaguered centuries-old institution.

"Silence is a no-go, whether you call it omerta or simply a state of denial," he said this week.

"We have to face facts because only the truth of the matter, and confronting the facts, will make us free," he added.