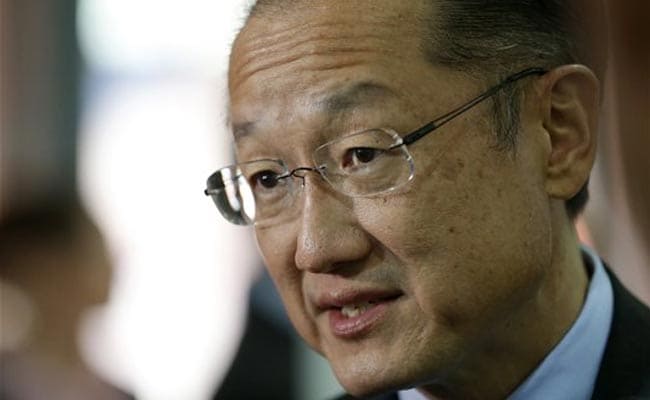 World Bank President Jim Yong Kim said today that he welcomed the setting up of the China-backed Asian Infrastructure Investment Bank (AIIB), a day after Britain became the first Western nation to embrace the institution.

"From the perspective simply of the need for more infrastructure spending, there's no doubt that from our perspective, we welcome the entry of the Asian Infrastructure Investment Bank," he said.

The AIIB was launched in Beijing last year and was seen as a rival to the Western-dominated World Bank and Asian Development Bank. The United States has questioned whether it will have sufficiently high standards on governance and environmental and social safeguards.

Kim's remarks came after Britain said it has sought to become a founding member of the AIIB.

"As the UK just announced today in their statement, they were very clear in saying that they were going to insist that the standards of any new bank that they are part of would be equal to the World Bank and the Asian Development Bank," Kim said.

All of the multilateral development banks together contribute only about 5 to 10 per cent of the overall annual spending in infrastructure, he added.

The AIIB was launched in Beijing last year to spur investment in Asia in transportation, energy, telecommunications and other infrastructure.

China said earlier this year a total of 26 countries are founder members, mostly from Asia and the Middle East.

"The AIIB will abide by the principles of openness, inclusivity, transparency, responsibility and equality ... and fully reference the good practices of multilateral banks to avoid some of the detours they have taken," he added.

While Hong did not respond directly to US concerns about the bank, China's official Xinhua news agency took a stronger line.

"The response of the US government exhibited nothing but a childish paranoia towards China," it said in an English-language commentary, slamming what it called "reflective scepticism".

Promoted
Listen to the latest songs, only on JioSaavn.com
Japan, Australia and South Korea are the notable countries in the region missing from among the AIIB's founders. Japan, China's main regional rival, has the highest shareholding in the Asian Development Bank along with the United States, while Australian media said Washington put pressure on Canberra to stay out.

Vice Finance Minister Joo Hyung-hwan told reporters on Thursday that South Korea was still in discussions with China and other countries about its possible participation.
© Thomson Reuters 2015