"Work Begins": US, Taliban In Doha For Talks To End Afghan Conflict

The latest round of negotiations follows six days of talks in Doha last month that sparked hopes of a breakthrough. 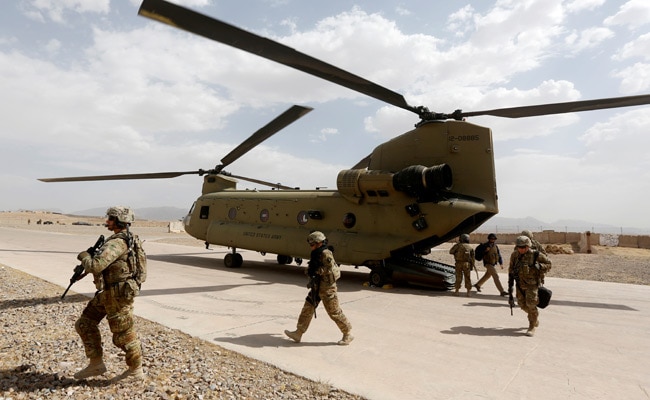 The latest round of negotiations follows six days of talks in Doha. (File)

US special envoy Zalmay Khalilzad arrived in Doha Monday to kick off fresh high-level talks with the Taliban aimed at ending the 17-year Afghan conflict, saying it could be a "significant moment".

"Arrived in #Doha to meet with a more authoritative Taliban delegation. This could be a significant moment. Appreciate #Qatar for hosting & #Pakistan in facilitating travel. Now the work begins in earnest," tweeted the envoy.

The latest round of negotiations follows six days of talks in Doha last month that sparked hopes of a breakthrough.

Then, the two sides walked away with a "draft framework" that included a Taliban vow to prevent Afghanistan from becoming a haven for international terror groups.

There had been no accord on a US withdrawal or a ceasefire, however, issues which have derailed attempts at peace talks in the past, while the government in Kabul voiced fears it was being sidelined from the talks.

Mullah Abdul Ghani Baradar -- a Taliban deputy leader and a cofounder of the hardline Islamist movement -- arrived in Qatar late Sunday, according to a Taliban spokesman.

It remained unclear what role Baradar would have during the talks, but the presence of the influential leader widely believed to carry popular support across the Taliban's myriad factions set expectations high.

"[I] hope he uses his independence to decide on peace as soon as possible," Daudzai told a press conference in the Afghan capital.

Baradar was arrested in Pakistan in 2010, but was released in October and named as head of the Taliban's political office in Doha.

He was long considered the number two to Taliban chief Mullah Omar, who died in 2013.

Meanwhile the government in Kabul continued to voice concerns Monday over being sidelined in the negotiations.

The Taliban have steadfastly refused to negotiate with the Kabul government, whom they dismiss as "puppets".

"The Taliban are still not ready to talk to Afghan government, but we are ready. We think that Taliban's dishonesty is the only obstacle," said Abdullah Abdullah, the country's de-facto prime minister, in a televised address Monday.

"We are flexible and ready to make a team that is acceptable to all."

The latest negotiations come as violence soars in Afghanistan, with the UN reporting Sunday that more civilians were killed in 2018 than any other year since records began in 2009.

US President Donald Trump has signalled his eagerness to end his country's involvement in Afghanistan, where 14,000 American troops are still deployed.

Afghanistan has suffered nearly constant conflict since the Soviet invasion of 1979, which was followed by civil war, the Taliban regime, and the US invasion in late 2001.