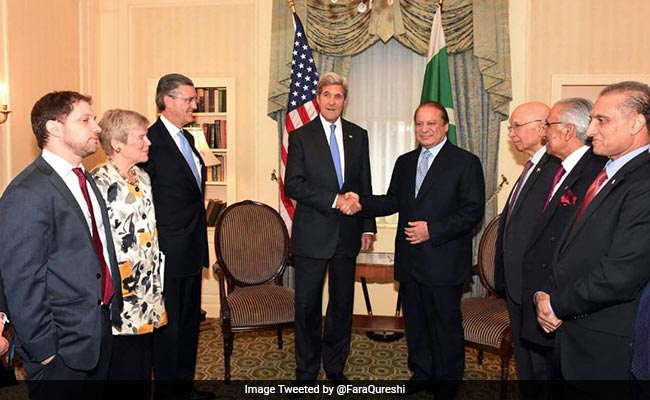 Ms Lodhi told reporters that such proposals of nuclear restraint should be first implemented by India before Pakistan does it.

"The world should first put an end to nuclear activities undertaken by India."

US State Department spokesperson John Kirby said at a briefing on Tuesday that Kerry and Sharif discussed "our strong, long-term bilateral partnership and to build upon the US-Pakistan Strategic dialogue".

Promoted
Listen to the latest songs, only on JioSaavn.com
"Kerry also stressed the need for restraint in nuclear weapon programmes. The secretary praised Pakistan for hosting the Afghan refugees for over 40 years and highlighted the importance of continued respect for humanitarian principles."