New York police said they were assisting US Park Police to remove the woman from the monument. 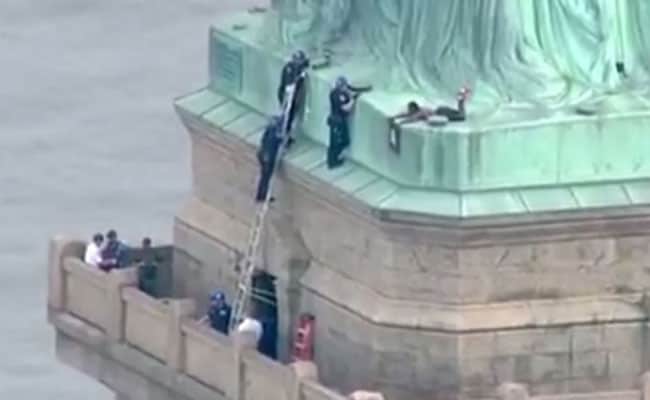 The Statue of Liberty had to be shut down after the woman refused to leave its base. (AFP)

The Statue of Liberty, a powerful symbol of US freedom and long a beacon to immigrants, was shut down Wednesday on Independence Day as a woman refused to leave its base in a lengthy standoff with police.

New York police said they were assisting US Park Police to remove the woman from the monument.

President Donald Trump has made cracking down on illegal immigration a cornerstone of his administration's policy, and his now-abandoned "zero tolerance" practice of separating migrant parents from their children at the Mexican border triggered international condemnation.

Local media first reported that demonstrators opposed to President Donald Trump's zero-tolerance with illegal immigration protested there and that the woman was among the demonstrators.

But Rise and Resist NYC, which organized the protest, said the woman was not affiliated with the group.

At least seven people were arrested earlier for hanging a banner around the base of the statue that read "Abolish ICE," referring to US Immigration and Customs Enforcement, the agency at the forefront of the immigration debate.

Promoted
Listen to the latest songs, only on JioSaavn.com
Comments
Statue of Liberty