Reena Meghwar was kidnapped on February 13 by one Qasim Kashkheli from the area of Keriogjar in Badin district in the Southern Sindh province. 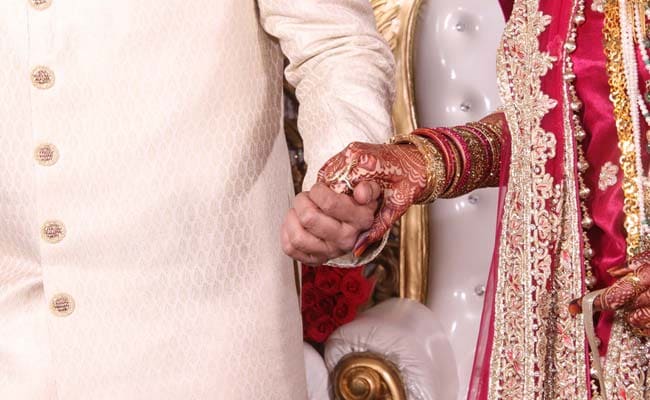 A Hindu woman in Pakistan, who was allegedly tortured and forced to marry a man on forged documents to show her as Muslim, was handed back to her parents on Monday on the directions of a local court after her video seeking justice went viral on social media.

Reena Meghwar was kidnapped on February 13 by one Qasim Kashkheli from the area of Keriogjar in Badin district in the Southern Sindh province.

A video of Meghwar went viral on social media a couple of days ago in which she can be heard saying: "please send me to my parents, I was forcibly taken away. I have been warned of dire consequences with a threat that my parents and brothers will be killed."

However, she stopped short of naming anyone who was making the threats in the video.

The Sindh government taking notice of the video ordered a police inquiry following which Badin SSP Shabeer Ahmed Sethar led a team and recovered the Hindu girl from the house of Kashkeli.

She was produced in a local sessions court in Badin on Monday where she said in a statement that she had not converted to Islam and the accused had prepared false documents to marry her forcibly as a Muslim woman.

After recording her statement, the court ordered police to register a case against the accused.

Meghwar was then handed over to her parents in the presence of law enforcement personnel.

She also told the judge that she was subjected to an "undesirable attitude" by the accused and her brother's life was in danger.

The court noted that earlier a police officer had produced Meghwar before the court, but pretended as if nothing had happened to her, despite the fact that she was tortured by her in-laws.

The accused's family claims Meghwar left her home in February this year and reportedly married Khaskheli and changed her name to Mariam.

SSP Sethar said the parents of the girl had earlier filed a police report against the accused and also approached the Sindh High Court against her abduction and forced conversion.

Meghwar had turned up before the SHC and claimed she had willingly married Khaskheli, leading to quashing of the FIR against her purported husband, he said.

"But her latest video prompted us to take action and today she said she wanted to go back to her parents as the accused had forged documents and she had not converted to Islam," he said.