The #RIPMamba hashtag has inspired over five lakh tweets from fans. 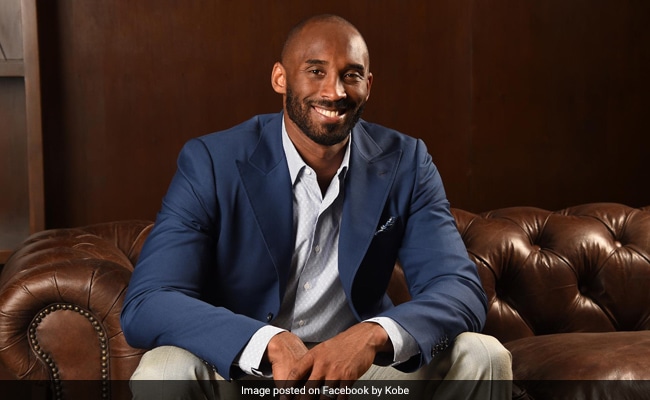 Kobe Bryant died in a helicopter crash on Sunday.

Kobe Bryant, five-time NBA champion and one of the greatest basketball players, died in a helicopter crash on Sunday. Bryant, 41, and his 13-year-old daughter Gianna were among the nine people killed when their helicopter slammed into a hillside in Calabasas, California.

The shock announcement led to an outpouring of grief on social media. #RIPMamba - after the two-time Olympic gold medallist's famous nickname Black Mamba - and #KobeBryant were the top two trends on Twitter.

The #RIPMamba hashtag has inspired over five lakh tweets from fans.

Former American tennis player Andy Roddick shared a video of Kobe Bryant with his daughter Gianna that is being widely circulated online and wrote: "Rest In Peace Kobe. Rest In Peace Gigi #RIPMamba."

This. I've started and deleted tweets all day. I've admired Kobe from afar for so long. Nobody is invincible in this life. Love harder. Be better. Never punt on a day. Kobe didn't. Rest In Peace Kobe. Rest In Peace Gigi #RIPMambahttps://t.co/8VL1ogUfc8

Our thoughts are with the Bryant family during this difficult time.

Thousands of fans of the basketball legend took to Twitter to share throwback videos and quotes using #RIPMamba.

the one we always look up to as we grow up, such a great loss. Rest in peace Kobe Bryant. #RIPMambapic.twitter.com/cAnSTx6E50

Found this photo while I was reading an obituary for Kobe and it hit me hard. This is a look I know from my 3 kids when I'm looking in their eyes. It's love. He was a hero to his girls. Kobe did amazing things on the court but being a loving Dad was his real greatness. #RIPMambapic.twitter.com/mkjl8l411H

one guy synonymous with basketball for many indian kids , the one who often surfaced as our screen savers , a great sportsman, a fighter all through ...inspiration behind those countless layups in the backyard and shadow dunks. #absolutelegend#RIPMambapic.twitter.com/CdDhSvqKrB

Kobe Bryant's helicopter crashed shortly before 10 am local time on Sunday. Photos of the crash site show that it hit an undeveloped hillside. Firefighters arrived at the scene to find that it had ignited a bushfire.