On Sunday, a series of eight blasts in Sri Lanka killed 290 people and wounded over 500. 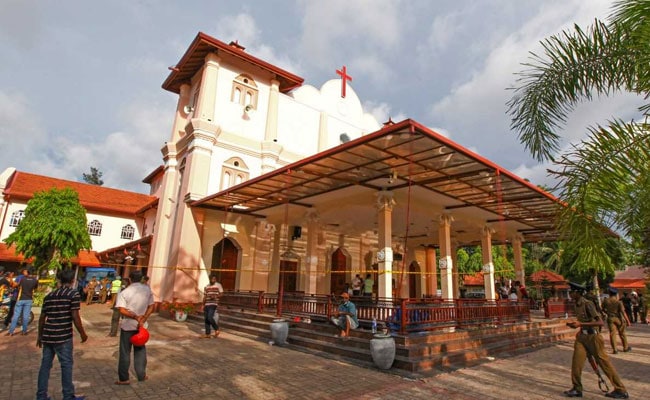 290 people were killed in a string of suicide bombings targeting three luxury hotels and three churches.

The wife and sister of the suicide bomber at the Shangri La Hotel in Sri Lanka were also killed in a separate suicide blast after a bomber blew himself up causing the concrete floor of a two-storey building to crash on them in a suburb in northern Colombo, police told a court on Monday.

The police also informed the Colombo Chief Magistrate's Court that the suicide bomber of the Shangri-La hotel has been identified as Insan Seelavan, owner of a factory in Avissawella-Wellampitiya road, the Daily Mirror reported.

On Sunday, a series of eight blasts in Sri Lanka killed 290 people and wounded over 500. The explosions -- one of the deadliest attacks in the country's history -- targeted St Anthony's Church in Colombo, St Sebastian's Church in the western coastal town of Negombo and Zion Church in the eastern town of Batticaloa as the Easter Sunday mass were in progress. Explosions were reported from three five-star hotels - the Shangri-La, the Cinnamon Grand and the Kingsbury in Colombo.

When a police team entered a house in the Colombo north suburb of Orugodawatta at Dematagoda to conduct a search, a suicide bomber blew himself up causing the concrete floor of the two-storey building to crash on them, killing three policemen in the eighth blast.

The wife and sister of the suicide bomber at the Shangri La Hotel were killed in the Dematagoda blast, police told the court.

Nine employees of Seelavan's factory who were among 24 arrested by the Wellampitiya Police in connection with the blasts have been remanded by the court till May 6.

Meanwhile on Monday, there was an explosion near the St Anthony's Church where one of the attacks happened on Sunday.

However, there was no casualty, police spokesman Ruwan Gunasekera said, adding that the blast took place at Kotahena area when an explosive device in a parked van was being defused by the STF bomb disposal squad.

Also, 87 bomb detonators were found on Monday at a bus station in Colombo.