"He would go back to face imprisonment, torture and possible death. Please help my husband. I don't want to lose him," Hakeem Al Araibi's wife wrote in an open letter to Thai Prime Minister Prayuth Chan-ocha. 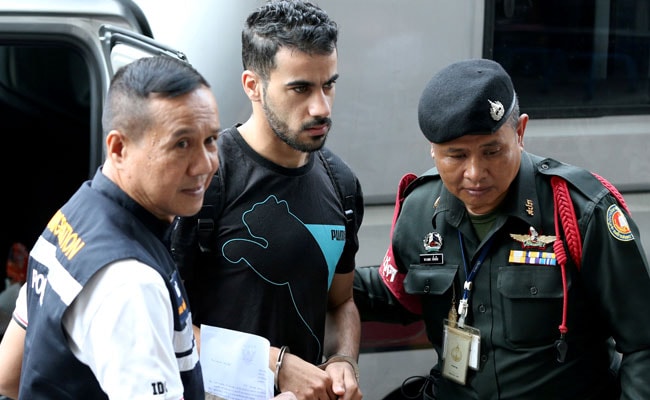 Hakeem Al Araibi, who fled Bahrain in 2014, was arrested in Bangkok at Bahrain's request.

The wife of jailed Bahraini footballer Hakeem Al Araibi pleaded with Thailand's prime minister on Wednesday to ensure he is not extradited to his native country, saying he faces torture there and should be sent back to asylum in Australia.

"He would go back to face imprisonment, torture and possible death. Please help my husband. I don't want to lose him," Araibi's wife wrote on Wednesday in an open letter to Thai Prime Minister Prayuth Chan-ocha.

"I am terrified that the final decision to deport him will take place within the next few days," she said in the letter, which was obtained from Araibi's lawyer.

Lawyer Nadthasiri Bergman said the wife has asked for her name not to be published out of fear of her safety.

Araibi, who fled Bahrain in 2014 and was later granted asylum in Australia, was arrested in Bangkok in November on an Interpol notice issued at Bahrain's request.

He was convicted of vandalising a police station in Bahrain and was sentenced to 10 years in prison in absentia. He denies wrongdoing, saying he was playing in a televised football match at the time of the alleged vandalism.

Araibi's wife said in her letter the newly wed couple travelled from Australia to Thailand "because we thought it would be the perfect country to have our honeymoon" but instead found themselves in a nightmare of arrest and detention.

She asked Prayuth to show the same concern for those fleeing torture as Thailand did in the case of 18-year-old Saudi woman Rahaf Mohammed al-Qunun, who fled what she said was family abuse to Thailand and was quickly resettled to Canada earlier this month.

Thai government officials were not immediately available for comment on Wednesday but Prayuth told reporters on Tuesday Araibi's case was a matter for Thailand's courts.

He acknowledged the concerns of Australian Prime Minister Scott Morrison, who wrote to Prayuth this week urging that Araibi not be extradited, but also said Thailand had good relations with Bahrain.

"We are a good friends with everyone. We have to figure out the solution. I know that everybody is concerned about this," Prayuth said.

Araibi has also been a vocal critic of the president of the Asian Football Confederation, Sheikh Salman Bin Ebrahim al-Khalifa, who is a cousin of the Bahraini king.

Sheikh Salman has recused himself from the Araibi case and the AFC joined soccer's world governing body FIFA this week in urging Thailand to allow Araibi to return to Australia.

Bergman has said the next step was to see whether Thai prosecutors would submit Bahrain's extradition request, made this week to the Thai court, which was expected in early February.