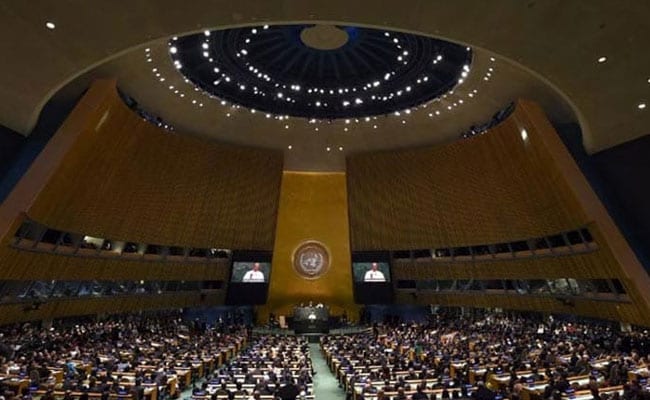 India has called for introspection by UN members on why only four women have been elected presidents.

India has called for introspection by UN members on why only four women have been elected presidents of the General Assembly in its seven decades.

Anjani Kumar, a counsellor in the Indian Mission, said that Vijaya Lakshmi Pandit became the first woman to become the president of the Assembly (PGA) in 1953 and it was a matter of satisfaction that there is now another, Maria Fernanda Espinosa Garces.

"However, what we need to collectively reflect upon is the fact that there have been only four women PGAs in 73 years of the United Nations," he said.

He was speaking at a working group meeting on the revitalisation of the Assembly.

In the 65 years between the presidency of Pandit and Espinosa, the two others elected to the post were Angie Brooks of Liberia in 1969 and Haya Rashed Al Khalifa of Bahrain in 2006. All four were from developing countries.

No woman has been made the Secretary-General.

Mr Kumar said that although the workload of the president has increased as Assembly expanded its programmes, the resources provided to the office have not kept pace.

India, "therefore, fully supports the idea of providing necessary institutional and secretarial support to PGA's office to ensure documentation and record keeping of the progress and outcomes of various negotiation and dialogue", he said.

"This will ensure continuity, enable incoming PGAs to effectively lead such negotiation processes and also help member states to adequately prepare for them".

Mr Kumar said that in recognition of these needs, India has been making annual contributions.

Since adequate funds are not budgeted, India gave the Trust Fund for the Office of the President of the General Assembly $250,000 during each of the previous three years for a total of $750,000.