Why al-Zawahiri may be the wrong choice for Al Qaeda 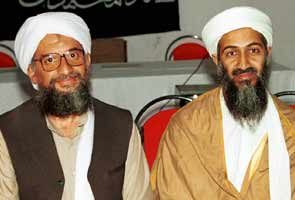 Washington: American counterterrorism officials all but welcomed the announcement on Thursday that Ayman al-Zawahiri would succeed Osama bin Laden as leader of Al Qaeda, arguing that his deep flaws are likely to weaken the core of the terrorist network.

Defense Secretary Robert M. Gates said Bin Laden "had a peculiar charisma that I think Zawahiri does not have." He also said there was evidence that Bin Laden had been more "operationally engaged" than Mr. Zawahiri, and that Mr. Zawahiri's Egyptian roots and focus limited his appeal to militants from other countries.

As for the fact that it took almost seven weeks for Al Qaeda to name a leader after a Navy Seal team killed Bin Laden in his Pakistan hide-out, Mr. Gates added, "It's probably tough to count votes when you're in a cave."

Independent specialists largely agree that Mr. Zawahiri is not an inspiring model for young militants, noting his lack of combat experience, his long history of ideological squabbles and his abrasive manner and pedantic speeches -- including a recent six-part series of audio messages about Egypt that trailed well behind the events there.

"He's always been a divisive figure, going back to his years in Egypt," said Brian Fishman, an expert on Al Qaeda at the New America Foundation in Washington. "He's just personally disliked by many in Al Qaeda. His personality always gets in the way."

Some experts, as well as some militants who have worked with Mr. Zawahiri, said he had tried to overcome his history and reach out to a broad group of Islamists in an attempt to expand Al Qaeda's influence. They also said his ruthlessness and intelligence should not be underestimated.

"He started a cell to overthrow the Egyptian government at the age of 15," said Lawrence Wright, who interviewed many of Mr. Zawahiri's relatives for his 2006 book on Al Qaeda, "The Looming Tower."

Mr. Wright, a fellow at the Center for Law and Security at the New York University School of Law, said Mr. Zawahiri was influential in directing the Qaeda network toward the mass murder of Americans. His fervor did not flag after 9/11: his wife and at least one daughter were killed during American airstrikes in Afghanistan in late 2001.

Mr. Zawahiri's recent effort to reshape his image in militant circles with an inclusive message was evident in the announcement from Al Qaeda's "general command" of Mr. Zawahiri's elevation, posted on jihadist Web forums on Thursday. Al Qaeda leaders, the statement said, "assure our affirmation and support of everyone who carries out jihad," regardless of nationality. It added, "We do not differentiate between an Arab and a foreigner except in piety and righteous deeds."

Mr. Zawahiri, who will turn 60 on Sunday, is a doctor by training who was born into a prominent Egyptian family. He was imprisoned and tortured under former President Hosni Mubarak in the early 1980s. (Video of the bespectacled young radical shouting from behind prison bars is still available on YouTube.)

He left Egypt after his release from prison in 1984 and was present at the founding of Al Qaeda in 1988. He formally merged his Egyptian group with Al Qaeda in 1998 and was a loyal deputy to Bin Laden.

In that role, Mr. Zawahiri corresponded with terrorist allies in Iraq and elsewhere, issued regular audio and video statements and played a role in planning attacks, including 9/11.

He now inherits a central Qaeda organization that is under intense pressure, even as its ideology has spread and spawned dangerous affiliates in Yemen, North Africa, Somalia and elsewhere. Central Intelligence Agency missile strikes from drone aircraft in Pakistan's tribal areas have killed many Qaeda operatives and have come close to hitting Mr. Zawahiri himself. The strikes have made it far more difficult for the group to communicate, train and plan attacks.

Perhaps most significantly, the pro-democracy uprisings of the Arab Spring have left Al Qaeda as a bystander to history. It has been reduced to issuing belated statements of approval for what young people who largely reject the Qaeda credo have achieved. Mr. Mubarak's ouster, a central goal of Mr. Zawahiri's career, was carried out without him and by methods he had long denounced.

With that in mind, the State Department spokeswoman, Victoria Nuland, said on Thursday: "Frankly, it barely matters who runs Al Qaeda, because Al Qaeda is a bankrupt ideology. If you look around the world, the peaceful movements for change around the world have done far more for Muslim people than Al Qaeda has ever produced."

The sense that Al Qaeda was being left by the Arab uprisings had led to speculation that the group might bypass Mr. Zawahiri and choose a younger, more charismatic leader. But given Al Qaeda's emphasis on rules and authority, most specialists believed the group's shura, or ruling council, had no choice but to name the man who had been so close to Bin Laden for so long.

"He's the only person who has the reputation and standing with the old guard and the new guard," Mr. Fishman said.

Militants interviewed by telephone in several countries spoke highly of Mr. Zawahiri and his outreach efforts, including the recent positive mention of Hamas, the Palestinian militant group. He has also called for restraint in attacks in Muslim countries, saying that schools and marketplaces should not be targets.

"He's become more strategically pragmatic and willing to collaborate," said Jarret Brachman, a terrorism expert and managing director of the security consulting group Cronus Global. Mr. Zawahiri has even made conciliatory statements about Egypt's Coptic Christians, a departure from the usual Qaeda vituperation of non-Muslims.

Mr. Zawahiri, who is believed to live in isolation in Pakistan, is a prodigious student, Mr. Brachman said. Last year, Mr. Zawahiri published an updated edition of his memoir, "Knights Under the Prophet's Banner," and Mr. Brachman said he was taken aback to discover that his own name appeared 10 times. "It reminded me just how carefully he's watching us watch them," Mr. Brachman said.

One dark tale from Mr. Zawahiri's past is recounted in "Growing Up Bin Laden," a 2008 memoir by Bin Laden's son Omar bin Laden. He describes an episode in Afghanistan in the 1990s when a friend -- a teenage boy -- was raped by several men in the camp where they lived. The men snapped photos of the abuse and circulated them as a joke.

Promoted
Listen to the latest songs, only on JioSaavn.com
Mr. Zawahiri was incensed by the photo, believing that the young man was guilty of homosexual activity, Omar bin Laden wrote. Mr. Zawahiri had the teenager put on trial and condemned to death.

"My friend was dragged into a room with Zawahiri, who shot him in the head," he wrote. The episode was a factor, he said, in his decision to break with his father and leave Afghanistan.