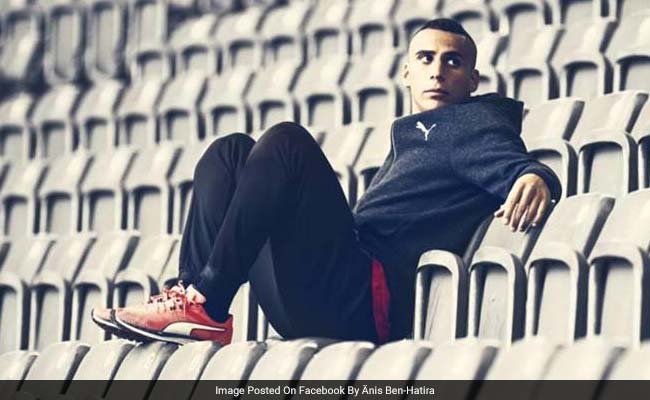 Anis Ben-Hatira was until last month signed to the German pro team Darmstadt.

BELEK, Turkey: He broke out of his tough Berlin neighborhood in a pair of cleats, reaching the top tier of professional soccer. The German army held a photo op when the famous son of Tunisian immigrants signed up for his military service. At an award event in his honor, he hobnobbed with members of Chancellor Angela Merkel's cabinet.

"I was their role model for Muslim integration," said Anis Ben-Hatira, 28, who, until last month, was signed to the German pro team Darmstadt.

Yet in a Western world fast embracing a darker view of Islam, Germany's onetime sports hero has suddenly fallen from heights it took a lifetime to achieve. His story about being pushed off his team and driven to self-imposed exile poses a question being asked on both sides of the Atlantic. In fast-changing times, what makes a Muslim "radical?"

Following the election of President Donald Trump and a spat of terrorist attacks in Europe, Islam - particularly conservative Islam - is under a new microscope. The genuine risk of terrorism is partly fueling such scrutiny. But the search for extremism behind every Koran also is testing once high bars of religious freedom.

That is true even in Germany - a country that took in more than 1 million mostly Muslim asylum seekers and that Trump has called naive about the risk of radical Islam. Facing a potentially tougher-than-expected reelection bid and a public backlash over security, Merkel is calling for a new ban on full Muslim face coverings and has begun more openly wielding the term "Islamist terrorism."

In the current climate, the taint of extremismextremist can spread to even the most vaulted of idols.

"They're chasing us out," Ben-Hatira said in his first extensive interview since the showdown with his team.

"Muslims are the new Jews."

During a friendly match against a Belorussian club with his new Turkish team, Gaziantepspor, Ben-Hatira sprinted down the field. A rival stepped on his cleats, and his shoe came off.

"Are you seeing this?" he yelled in German at a noncomprehending referee. A few minutes later, he got a call - this one a foul against him.

"Was habe ich jetzt getan?" he yelled. What did I do now?

This has not been a good year for Anis Ben-Hatira.

The son of a Tunisian cook who landed a job in the old French sector of West Berlin in the 1970s, Ben-Hatira is used to being "the other." He grew up hearing kids, and even their parents, call him "kanake" - a German slur generally hurled against ethnic Turks and Arabs.

"You develop a thick skin," he said.

He fought back with soccer, becoming a teenage star. He hopped between pro clubs in Berlin, Hamburg and the Frankfurt area. He signed with Darmstadt last year, as the team propelled itself to the top levels of professional soccer - the German Bundesliga.

His good works with poor kids in Berlin earned him national awards and heightened celebrity. At hospitals, he visited pediatric cancer wards. He became one face in a video celebrating national diversity titled, "I am also Germany."

For Ben-Hatira - who still describes himself as being "not really a big Muslim" - money and fame nevertheless triggered a return to faith. He also dipped his toes in the waters of controversy, getting public blowback after speaking out against Israeli treatment of Palestinians during the 2014 conflict in the Gaza Strip.

Deciding he wanted to do more charitable work, he reached out to Ansaar International, a conservative Muslim organization founded by the German rapper-turned-convert Joel Kayser. The group is deeply religious. Women who work there are mostly veiled. Men tend to have religious beards.

What lured him to the group, Ben-Hatira said, was its "transparency" and the fact that it operates with a small staff so that more of its donations can be spent on charity. Most important, it labors in places where other charities fear to tread. Somalia. Syria. Last summer, Ben-Hatira helped finance Ansaar's effort to build a water treatment plant in the Gaza Strip. In December, he made a publicity trip with the group to Ghana.

What he did not know was that his involvement would cost him his job.

Ben-Hatira was not shy about his work with the charity, posting his support for Ansaar on social media. Criticism quickly followed.

National and local politicians questioned how a Muslim role model could align himself with such a conservative group. German media began quoting intelligence sources who said the charity had funded militants. Following lawsuits filed by the charity for libel, the outlets that printed those allegations had to retract them. There was no evidence that Ansaar had ever financed terrorism.

But it had done other things. More than two years ago, the organization held fundraising events where a cast of Salafists - an ultraconservative brand of Islam - had preached. They included Pierre Vogel, a polemic German convert who called for a public funeral prayer service for al-Qaida leader Osama bin Laden after he was killed in Pakistan.

"Were they 'hate preachers'?" Ben-Hatira said. "That depends on how you define hate. But anyway, they stopped it. They didn't hold events with them anymore."

After conversations with German security services, Ansaar voluntarily ceased those fundraisers. But to many Germans - including the intelligence services - the group had shown its true face.

Senior German intelligence officials who spoke on the condition of anonymity to discuss classified information say they have no evidence that Ansaar has ever promoted violence. But they nevertheless describe the charity as "extremist," citing its relatively strict brand of Islam. Furthermore, officials say they are deeply suspicious of its "contacts" in the war zones where it operates.

Yet the extent of the evidence against it remains unclear, and Ansaar is a legal charity in Germany. No charges against it are pending, officials say.

Security services say that one of the most damning claims against the group - that it maintains a health clinic in Idlib, Syria, where al-Qaida affiliates hold sway - was based on information they found "on the Internet" and could not independently corroborate. Ansaar denies that it operates a clinic there. It also insists that it does not cooperate with militants.

In Africa, it has built orphanages for both Muslim and Christian victims of Boko Haram and it funds a hospital in devastated Aleppo, where they have cooperated with the White Helmets, said Kayser, Ansaar's director. It has brought fresh water and food distribution networks to hard-hit zones. In Somalia, it says, it has worked with U.S.-backed groups to distribute aid.

"The radicals hate us," Kayser said. A recent German intelligence report on the group from the domestic intelligence service in the state of North Rhine-Westphalia noted that Ansaar helps build mosques in some of the communities it aids. The charity decries that as a double standard.

"So if Christians help build a church, then no one says a word. But if Muslims do it, it ends up in an intelligence report?" Kayser said.

Yet critics call Ben-Hatira's connection to the charity morally wrong, given his status as a role model. As the controversy built, his Facebook page buzzed with supporters and haters. In one exchange, a critic called a young Muslim who backed Ben-Hatira "a jihadist." The young man responded by calling the critic "a Zionist pig."

One of Ben-Hatira's Facebook administrators "liked" the retort - something the player calls "an accident." It was quickly unliked. But the offended user captured an image and circulated it online, calling Ben-Hatira an anti-Semite.

The incident fanned the controversy over his work with Ansaar. Politicians - including the mayor of Darmstadt - spoke out against him. Three weeks ago, anonymous critics began distributing fliers at Darmstadt games decrying Ben-Hatira's links to the "extremist" charity.

The club's sponsors, according to an official with direct knowledge of the situation, called up its management, demanding explanations. The club reacted by publicly criticizing Ansaar and suggesting that Ben-Hatira work with a different charity, while also suggesting that it was "a private matter." But during a final meeting on Jan. 24, team officials gave him an ultimatum: He should break with the charity or walk.

So he walked, citing his right to religious freedom and the lack of evidence against Ansaar.

The club declined a request for comment, but German politicians praised its swift response.

"One cannot let a professional footballer such as Ben Hatira get away with associating with extremist organizations that are being monitored by the intelligence services," Peter Beuth, interior minister of the German state of Hessen, said in a statement. Beuth added that "top athletes carry a particular responsibility. They are role models, especially to young people, who often identify with their hero."

The cancellation of Ben-Hatira's contract rippled through the Muslim community in Germany. For the most part, mainstream Muslim bodies stayed silent, apparently lacking an appetite to dive into a debate over fundamentalism at a sticky time. But famous rappers, mainly of Arab and Turkish descent, publicly backed him. For many of Ben-Hatira's young Muslim fans, it provided further evidence of what they saw as discrimination.

"If you accuse Anis of being a terrorist, then WE are all terrorists!!!" one young man wrote on Ben-Hatira's Facebook page.

Following the scandal, he became toxic. No German club would touch him, he said.

Then he got a call from Elyasa Sume.

A German-Turk and captain of the pro team Gaziantepspor in Muslim-majority Turkey, Sume and his club president had been following the controversy in Germany. Gaziantepspor's management suggested this might be a golden opportunity to score a talented player and support a fellow Muslim.

By joining Gaziantepspor, Ben-Hatira signed to a club that had become something of a refuge for European-raised Muslims no longer comfortable in their home nations. One of them, a player who spoke on the condition of anonymity, said that European authorities had falsely detained one of his friends - a conservative Muslim living in Austria - after the December attack by an Islamist extremist on a Berlin Christmas market that killed 12 people.

"If you're Muslim and you have a beard, you're a terrorist now," he said. "That's how they think. That's what we feel."

Ben-Hatira said he does not regret his decision to leave.

"They wanted me to walk away from a group of people doing good without a shred of evidence against them," he said, speaking at the club's practice site near the Mediterranean Sea - about 1,800 miles from his birthplace in north Berlin.

Promoted
Listen to the latest songs, only on JioSaavn.com
"This was more important than my career," he said.