Who is Liu Xiaobo? 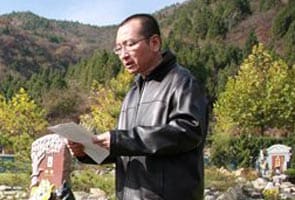 New York: Liu Xiaobo is a Beijing writer and former literature professor. He was given an 11-year prison sentence on subversion charges  on Dec. 25, 2009, after urging Chinese leaders to embrace democratic reforms. He has appealed his conviction to the Beijing Supreme People's Court.

Mr. Liu's sentence, judged by many analysts to be unusually harsh, has drawn criticism from human rights groups, Western governments and writers worldwide. Most regard the chances that it will be overturned or softened as slim.

Mr. Liu was seized by security officials in December 2008 as he and other intellectuals prepared to issue Charter 08, a lengthy manifesto that called on China's Communist Party to uphold individual rights and relinquish its monopoly on power. Modeled on Charter 77, the manifesto drafted by Czechoslovakian rights advocates three decades earlier, Charter 08 eventually garnered some 10,000 signatures before government censors pulled it from the Internet.

After being held more than a year in secret detention and later in jail, Mr. Liu was found guilty by a Beijing court of "inciting subversion of state power." Mr. Liu previously spent 21 months in detention for taking part in the 1989 pro-democracy protests at Tiananmen Square. And in 1996, after demanding clemency for those still imprisoned for their roles in the demonstrations, he was sent to a labor camp for three years.

Promoted
Listen to the latest songs, only on JioSaavn.com
In addition to helping create Charter 08, Mr. Liu's subversion charges were based on six articles he wrote that were published on the Internet outside of China.

A group of 300 scholars, lawyers, factory workers and retired government officials signed a petition calling on the Nobel Peace Prize committee to award the 2010 prize to Mr. Liu. If selected by the Nobel committee, Mr. Liu would be the first Chinese citizen to win the prize. The prospect has clearly alarmed Beijing, so much so that the Nobel Institute's director reported that a senior Chinese official warned him such a decision would "pull the wrong strings in relations between Norway and China."