White Supremacist Arrested For Allegedly Plotting To Bomb US Synagogue

Richard Holzer was arrested Friday night by undercover FBI agents who had provided him with fake explosives after he shared details of his plan with them. 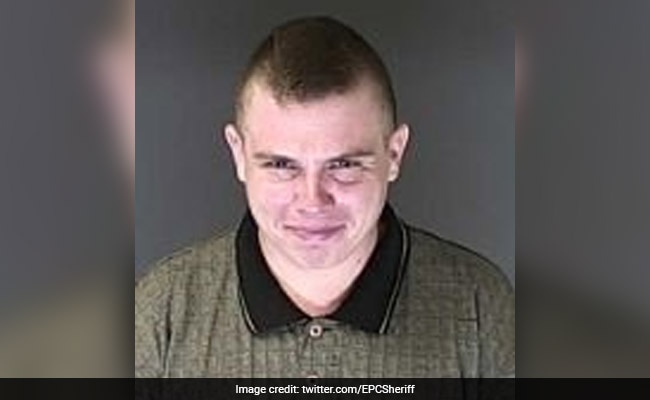 Richard Holzer, 27, also told one undercover agent he was previously a member of the Ku Klux Klan

A self-avowed white supremacist has been charged with plotting to blow up a synagogue in the US state of Colorado, prosecutors said Monday.

Richard Holzer was arrested Friday night by undercover FBI agents who had provided him with fake explosives after he shared details of his plan with them.

"Holzer repeatedly expressed his hatred of Jewish people and his support for... a racial holy war," the US attorney's office for Colorado said in a statement.

Holzer's actions "meet the federal definition of domestic terrorism," and he has been charged with a federal hate crime, it added.

Holzer, 27, who self-identifies as a skinhead and a white supremacist, told one undercover agent he was previously a member of the Ku Klux Klan (KKK), according to court documents.

He allegedly told agents who contacted him via Facebook that he wanted to destroy the Temple Emanuel synagogue in Pueblo, around 100 miles (160 kilometers) south of Denver, and "get that place off the map."

They provided him with fake explosives including two pipe bombs and dynamite sticks on Friday, just hours before his plot was due to take place.

Holzer also wrote a series of anti-Semitic posts on Facebook, including one stating "I wish the Holocaust really did happen... they need to die," the court documents show.

He is in federal custody and faces a maximum penalty of 20 years in prison if convicted.

After treating extremists such as neo-Nazis, white supremacists and anti-Semites as a secondary threat for a long time, the FBI has recently stepped up its monitoring of such groups.

According to the New America think tank, since the September 11, 2001 Al-Qaeda attacks, the number of deaths inside the United States from far right extremist attacks has outpaced those by jihadists, 109 to 104.

Last year, a 46-year-old gunman killed 11 people in Pittsburgh's Tree of Life synagogue during Shabbat services. He reportedly yelled "All Jews must die!" during the attack.

In August, a Las Vegas man was charged with possessing bomb-making materials and discussing plans to target another synagogue in contact with a "white supremacist extremist organization."

Germany Cracks Down On Unvaccinated To Tackle "Threatening" Covid Surge