When Donald Trump Tells Supporters Not To Donate, They Mostly Listen 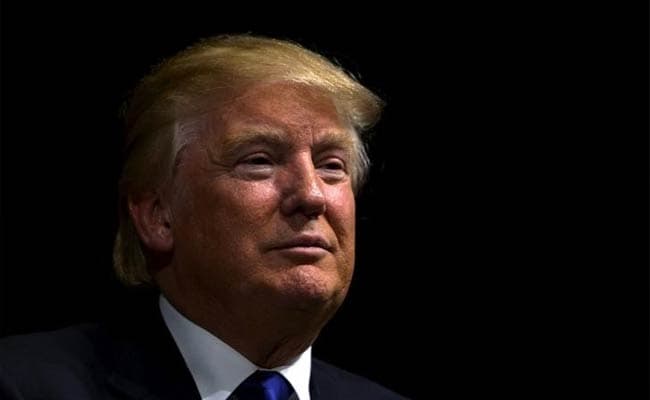 Donald Trump likes to boast to his supporters that he's so rich he doesn't need outside money to pay for his presidential campaign. (File Photo)

NEW YORK: Donald Trump likes to boast to his supporters that he's so rich he doesn't need outside money to pay for his presidential campaign. His fans seem happy to oblige him, according to financial disclosures released on Sunday.

The New York businessman's quest to become the Republican party's presidential nominee has attracted massive crowds but only a trickle of donations, the disclosures filed with the US Federal Election Commission show. He raised just $2.6 million from donors in the last three months of 2015.

Three quarters of that money came from sales of merchandise like baseball caps bearing his campaign slogan "Make America Great Again," while only about $540,000 came from individuals giving more than $200.

Most of his Republican rivals have raised far more. His nearest rival, Senator Ted Cruz, raised $20.5 million, while former Florida Governor Jeb Bush, who was once the front runner but has fallen sharply in the polls, raised $7 million.

Yet Trump still leads in every national poll as voters in Iowa prepare to gather for the country's nominating contest on Monday.

The bulk of the cash Trump is using to fund his presidential run comes from $12.6 million in loans he made to his campaign in 2015.

Some of that money has gone right back to his businesses: His biggest campaign expenditure in the fourth quarter of 2015 was the $826,590 he paid TAG Air, Inc, which runs his fleet of private aircraft, to shuttle him between campaign stops and his homes in New York and Florida.

Trump's second largest expenditure was $478,000 to Wizbang Solutions, a printing and design firm, followed by $411,000 his campaign paid to a consulting company that collects signatures to get candidates onto states' election ballots.

He's the only billionaire in race, although a few of his competitors are millionaires. Supporters across the country often say his financial independence appeals to them because they believe he can't be bought by special interest groups.

Trump's financial reports show his fundraising isn't the only area that sets him apart from the other candidates.

And the man now seen as the most plausible establishment alternative to Trump, Florida Senator Marco Rubio, spent $14.8 million in the fourth quarter. That's about $2 million more than Trump spent in all of 2015.
© Thomson Reuters 2016