As US Troops Leave Afghanistan, New Questions For Biden Administration

The Biden administration has said it expects the Taliban to continue allowing safe passage for Americans and others to leave Afghanistan after the U.S. military withdrawal is completed. 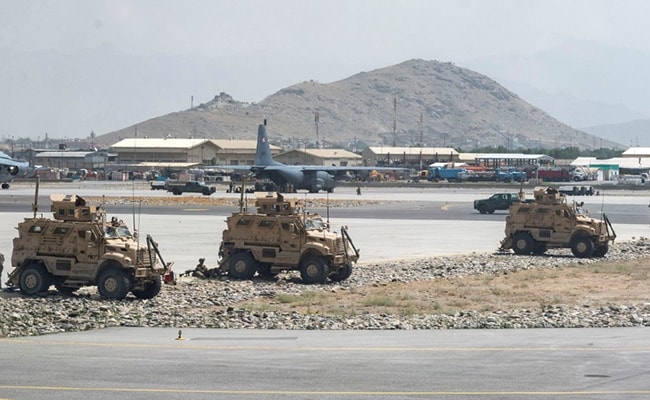 For the past two weeks, US military has been securing Kabul's Hamid Karzai International Airport

For the first time since 2001 there are no American troops in Afghanistan after the United States completed the evacuation of most of its citizens and thousands of at-risk Afghans.

More than 114,000 people have been airlifted from Kabul airport in the past two weeks as part of the U.S. effort.

But the end of the U.S. military involvement in Afghanistan raises a new set of questions for Biden and his administration.

WHAT HAPPENS TO AMERICANS AND AT-RISK AFGHANS LEFT BEHIND?

The United States has evacuated more than 5,500 U.S. citizens since evacuation flights began on Aug. 14. A small number of American citizens have chosen to continue to stay in Afghanistan, many of them so they can be with family members.

The Biden administration has said it expects the Taliban to continue allowing safe passage for Americans and others to leave Afghanistan after the U.S. military withdrawal is completed.

But there are concerns about how those citizens will be able to leave if there is no functioning airport.

Tens of thousands of at-risk Afghans, such as interpreters who worked with the U.S. military, journalists and women's rights advocates, have also been left behind.

It is unclear what their fate will be but officials are concerned that the Taliban may retaliate against them.

The Taliban have pledged to allow all foreign nationals and Afghan citizens with travel authorization from another country to leave Afghanistan, according to a joint statement issued by Britain, the United States and other countries on Sunday.

WHAT HAPPENS TO KABUL AIRPORT AFTER US FORCES LEAVE?

For the past two weeks, the U.S. military has been securing and operating Kabul's Hamid Karzai International Airport with nearly 6,000 troops.

The Taliban are in talks with governments like Qatar and Turkey to seek assistance to continue civilian flight operations from there, the only way for many people to leave Afghanistan.

Turkish Foreign Minister Mevlut Cavusoglu said on Sunday that repairs need to be made at Kabul airport before it can be reopened to civilian flights.

Turkey, which is part of the NATO mission, has been responsible for security at the airport for the past six years. Keeping the airport open after foreign forces hand over control is vital not just for Afghanistan to stay connected to the world but also to maintain aid supplies and operations.

The United States has said it does not plan to leave diplomats behind in Afghanistan and will decide on what to do in the future based on the Taliban's actions.

But the Biden administration will have to determine how it is able to ensure a humanitarian and economic crisis does not break out in the country.

The United Nations says more than 18 million people - over half Afghanistan's population - require aid and half of all Afghan children under 5 already suffer from acute malnutrition amid the second drought in four years.

Some countries including Britain have said that no nation should bilaterally recognize the Taliban as the government of Afghanistan.

WHAT KIND OF THREAT IS POSED BY ISIS?

The one area of cooperation between the United States and Taliban could be on the threat posed by ISIS terrorists.

There are questions about how Washington and the Taliban can coordinate and potentially even share information to counter the group.

ISIS-K, named after a historic term for the region, first appeared in eastern Afghanistan in late 2014 and quickly established a reputation for extreme brutality.

The group claimed responsibility for an Aug. 26 suicide bombing outside the airport that killed 13 U.S. troops and scores of Afghan civilians.

The United States has carried out at least two drone strikes against the group since then and Biden has said his administration will continue to retaliate for the attack.

ISIS-K is a sworn enemy of the Taliban. But U.S. intelligence officials believe the movement used the instability that led to the collapse of Afghanistan's Western-backed government this month to strengthen its position and step up recruitment of disenfranchised Taliban members.