A grand legislative accomplishment has eluded Donald Trump, including his long-pledged repeal of the health care reforms that was Obama's signature domestic achievement -- and which have divided Republicans. 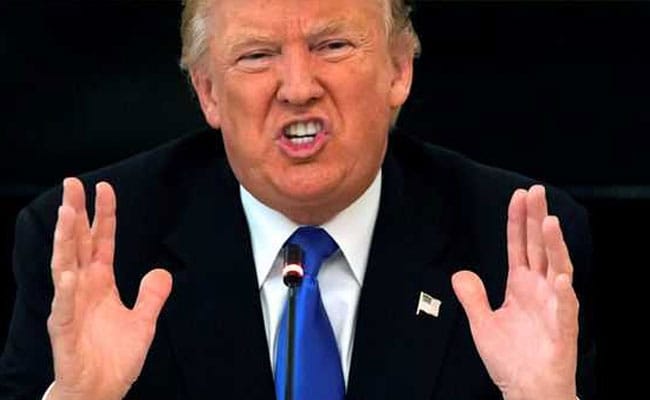 Washington, United States: Thursday marks six months in power for US president Donald Trump. Fellow Republicans hope to turn the page on a relatively fruitless debut and lift a trophy with tax reform before his first year is out.

Since January 20 the president has rolled back 14 regulations set by his predecessor Barack Obama, notably on environmental and industry rules.

He also claimed a critical victory with the Senate's confirmation of conservative judge Neil Gorsuch onto the US Supreme Court, and has signed numerous executive orders.

"What we've done over a short period of time, and what we're going to be doing over the next six months, will be incredible," the billionaire businessman-turned-politician said Monday.

But a grand legislative accomplishment has eluded him, including his long-pledged repeal of the health care reforms that was Obama's signature domestic achievement -- and which have divided Republicans.

Despite intense pressure from the president, including a White House meeting with Senate Republicans Wednesday, lawmakers appear eager to move on.

"Last time I looked, Congress goes on for two years," observed Senate Majority Leader Mitch McConnell, sounding intent on not getting bogged down on health care beyond the upcoming summer break.

"We'll be moving onto comprehensive tax reform and to infrastructure," he added. "There's much work left to be done."

"Welfare reform and tax reform are the two big things we've got to do to complete our year for our fall agenda, and infrastructure," he said on radio's Mike Gallagher Show Wednesday.

"So we're rocking and rolling here. But yes, America is tuning on TV and they see Russia this and they see countdown this and Trump tweeted that," he added.

"We're not letting that stuff distract us."

Trump unveiled the outline of historic tax cuts in April, shortly before the 100-day mark of his presidency. The proposal seeks to slash the corporate tax rate from 35 percent to 15 percent, although the figures are not set in stone.

The task is a Herculean one, due to its complexity and the sums involved.

Lawmakers are still far from united on issues such as how to compensate for the lost revenue. On this point Trump has yet to establish clear principles.

Another campaign promise is improving the country's crumbling infrastructure, where the policy prescription is even more vague.

Candidate Trump had promised "$1 trillion" in investment for construction and repair of roads, bridges, transport systems and the like.

The idea intrigues opposition Democrats. But in Congress, where the 2018 budget is currently under debate, no one is speaking in infrastructure specifics.

For Trump's Republicans, their political clout and credibility lies in passing these two reforms, as it is the first time since 2006 that the party controls the White House and both chambers of Congress.

Historically, the two first years of a presidency has been the most fertile time for major reform -- ahead of the mid-term congressional elections, coming up next in November 2018.

Those political battles will serve as prelude to the presidential war of 2020, in which Trump seems determined to run for re-election.

In 100 days, Ronald Reagan saw almost all of his early program adopted. Barack Obama rammed through an economic stimulus package in early 2009, followed by debate and eventual passage of his landmark health care reforms and a financial system overhaul, both in 2010.

But the first steps of the political outsider Trump have exposed an administration in disarray. And Trump has demonstrated little of the political savvy of a Reagan or Bill Clinton, who negotiated with Congresses controlled by their opponents.

"I don't think that even passing tax reform at this point would do much to bolster perception of him, his competency or his administration," Steve Gillon, a history professor at the University of Oklahoma, told AFP.

It is true, acknowledged Peter Kastor of Washington University in St. Louis, that Trump may not rely on a national security crisis such as September 11 for George W Bush, or the great recession that Obama faced, in order to "sell" or legitimize a major US reform.

Furthermore, "a lot of the factors that make it difficult for a president to succeed for two terms are already in place for Donald Trump," said Kastor, including the scandal over potential collusion with Russia, and 71-year-old Trump's advanced age.

Oklahoma professor Gillon argued that Trump, saddled with low approval ratings, might actually benefit if national security concerns were pushed to the fore.

Promoted
Listen to the latest songs, only on JioSaavn.com
"The only thing that could save Trump would be a major international incident, or a major terrorist attack," Gillon said.

"And no one wants either of those to happen."