The "Foundation 500" list features the portraits and careers of 500 female entrepreneurs in 11 emerging markets where women are often refused the same access to education, financial services and bank loans as men. 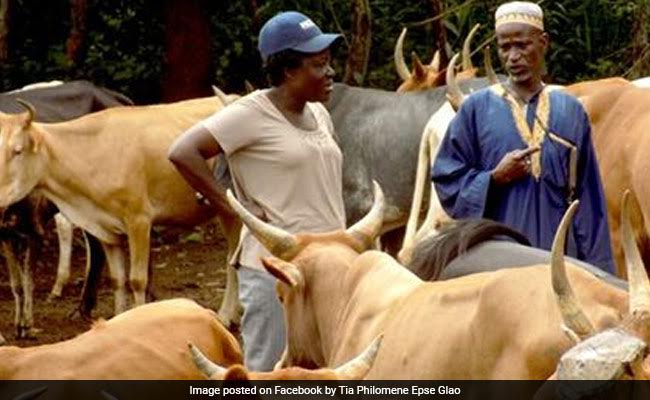 Philomene Tia owns a chain of beverage stores, a hotel complex, and a cattle breeding operation.

Stockholm: From a Peruvian trout farm manager to the head of an Indonesian meatball company, a list of 500 women entrepreneurs in emerging markets was launched on Thursday to challenge the stereotype of a typical company boss and inspire women globally.

The "Foundation 500" list features the portraits and careers of 500 female entrepreneurs in 11 emerging markets where women are often refused the same access to education, financial services and bank loans as men.

The list, an initiative of humanitarian agency CARE and the non-profit H&M Foundation, mirrors the Fortune 500 list of US companies but highlights unusual chief executives, ranging from a Zambian woman who set up a mobile drug store to a woman in Jordan who set up a temporary tattoo studio.

Karl-Johan Persson, CEO of Swedish retailer H&M that founded the H&M Foundation, said the project was designed to create role models for women in emerging markets and challenging perceptions in developed countries of business leaders.

"The entrepreneur is our time's hero and a role model for many young but the picture given of who is an entrepreneur is still very homogenous and many probably associate it to men from the startup world," Persson told the Thomson Reuters Foundation in an email.

He said all the women in the list had made an incredible effort.

"But one that stands out to me is Philomene Tia, a multi-entrepreneur from the Ivory Coast who has overcome setbacks such as war and being a refugee, and who has, in spite of it, always returned to the entrepreneurship to create a better future - and a strong voice in society."

Tia is the owner of a bus company in the Ivory Coast, a chain of beverage stores, a hotel complex, and a cattle breeding operation.

"I often tell other women that it is the force inside you and your brains that will bring you wherever you want to go. I mean, I started with nothing and I don't even speak proper French, but look at me now," she was quoted on the project's website www.foundation500.com.

One of the women portrayed is Andrea Gala, 20, a trout farm manager in Peru and president of the women-only Trout Producers Association.

"This business has worked out so well for us now we don't depend on our fields anymore, which is hard work and often badly paid," Gala said in a report on the project.

"With the association we want to open a restaurant one day, next to the trout farm, so we can attract more visitors. We want to turn the area into a tourist zone, where people can come and relax and enjoy our restaurant with trout based dishes."

The H&M Foundation, privately funded by the Persson family that founded retailer H&M, said this was part of a women's empowerment programme started with CARE in 2014 in Latin America, Asia and Africa.

As part of this project H&M Foundation Manager Diana Amini said about 100,000 women in 20 countries had received between 2,000-15,000 euros in seed capital and skills training to start and expand businesses.

In Burundi, the average rate of increase in income among women in the programme was 203 percent in the three years to the end of 2016, she said.

(This story has not been edited by NDTV staff and is auto-generated from a syndicated feed.)
Comments
H&M FoundationFoundation 500 Female entrepreneursPhilomene Tia