"What A Relief": Australia's PM On 3-Year-Old Autistic Boy's Rescue After 3-Day Hunt

Rescue workers and police, including some on horseback, searched through the weekend before finally spotting the boy, AJ Elfalak. 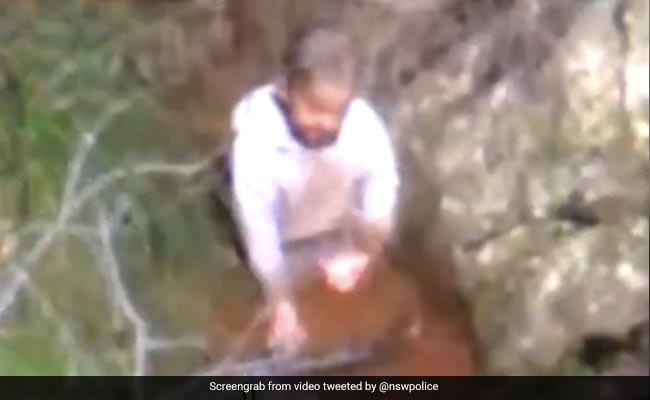 The boy was sitting in a small creek and drinking water when he was spotted.

An Australian mother said Tuesday she felt "blessed" after her three-year-old son with autism was found alive, scooping muddy water from a creek in dense outback terrain after a three-day hunt that gripped the country.

Police sent a helicopter with thermal imaging equipment but failed to spot the little boy in the hours after he was first reported missing on Friday morning at his family's remote property in the eastern state of New South Wales, 150 kilometres (90 miles) northwest of Sydney.

Rescue workers and police, including some on horseback, searched through the weekend before finally spotting the boy, AJ Elfalak, during a helicopter sweep of the area on Monday.

"He is with us. He is safe and well and healthy. That is all that matters," his mother Kelly Elfalak told television reporters Tuesday at the family home in the village of Putty.

"I want to thank everyone. I am so blessed," she said.

AJ had a few scratches and bruises, the mother said. "Other than that he is perfect."

Police said dense terrain complicated the search for the boy, who was spotted within a few hundred metres (yards) of his home.

"The young fellow was sitting in a small creek and was drinking water. He was able to catch the eye of the pilot and the crewman," New South Wales Police superintendent Brad Monk told reporters after the rescue on Monday.

"There is no doubt emergency services during that search passed closely by the little boy who may have even been sleeping at the time. There is a lot of area there where he could have been hidden," he added.

Video images taken from the police helicopter showed the child sitting in a pool of murky water in a rocky creek, wearing a light-coloured top and using his hands to scoop water to his mouth and face.

New South Wales Ambulance official Gerry Pyke said the boy's spirits picked up after he was reunited with his parents. "All he wanted to do was eat, and he got stuck into about three slices of pizza and a banana so he's pretty good."

The hunt for the boy, who police said has autism and does not speak, grabbed the headlines across Australia.

"What a relief. I can't imagine how traumatic this experience has been for AJ and his parents," Prime Minister Scott Morrison said in a message on Twitter Monday.

Thank goodness. What a relief. I can't imagine how traumatic this experience has been for AJ and his parents. Glad to hear he's safe. Thanks to all at @nswpolice and our paramedics. https://t.co/pIL91J27Cc

The boy was reportedly treated at the nearby Maitland Hospital before returning home. The hospital declined to comment.

A New South Wales Police spokesman said they were investigating the circumstances surrounding the child's disappearance.