The National Football League season was plunged into acrimony in September, when Donald Trump disparaged as "sons of bitches" the mostly African-American players kneeling during the anthem in a protest at social injustice. 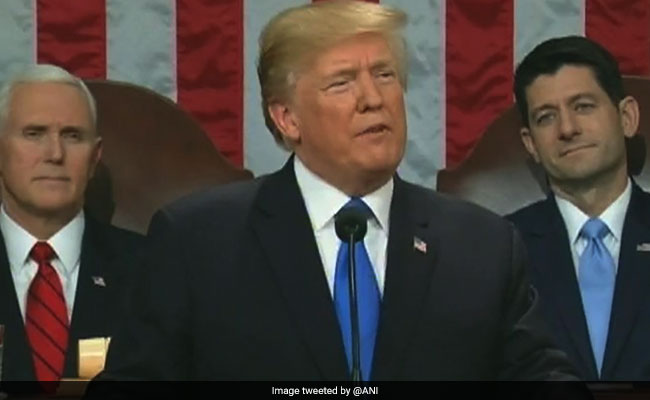 Minneapolis, United States: US President Donald Trump indirectly warned players in Sunday's Super Bowl not to kneel in protest during the national anthem - at the end of a National Football League season marked by his simmering feud with the athletes.

In a pre-game statement issued by the White House, Mr Trump expressed appreciation "for those who make occasions like this possible, particularly the brave men and women of our Armed Forces."

"We hold them in our hearts and thank them for our freedom as we proudly stand for the national anthem," Mr Trump said -- an allusion to the sporadic protests that began in 2016 when San Francisco 49ers quarterback Colin Kaepernick took a knee for the anthem in a protest aimed at drawing attention to injustices suffered by minorities at the hands of law enforcement.

A handful of players continued to kneel for the anthem in National Football League games this season, prompting Mr Trump's ire.

He said NFL owners should respond to players who kneel by saying, "Get that son of a bitch off the field right now, he's fired. He's fired!"

But the most resounding statement came two days after Mr Trump's criticisms when a wave of player protests erupted across the league in the biggest single demonstration of political activism in NFL history.

About 150 players across the league took to one knee during the playing of the national anthem, instantly reigniting Kaepernick's cause.

After talks with protesting players, the league pledged nearly $100 million to charities which deal with criminal justice reform, law enforcement/community relations and education.

The NFL hopes its pledge will help draw a line under its season of protest, although there is no explicit requirement for players to refrain from demonstrating during the anthem.

"We send our best wishes for an enjoyable Super Bowl Sunday," Mr Trump said in his message ahead of the game between the New England Patriots and Philadelphia Eagles.