New South Wales police said two women, aged 23 and 60, were issued court attendance notices for affray "following an altercation at a supermarket". They are due to appear at a local court on April 28. 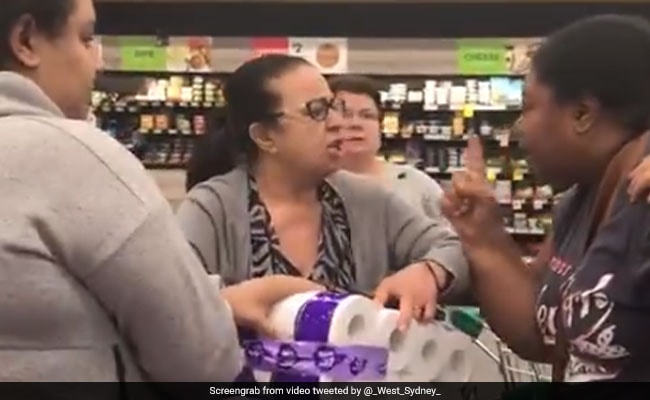 A woman, in possession of a toilet paper-filled trolley, denied even one roll to another woman in need.

Australian state police on Sunday charged two Sydney women involved in a violent brawl over toilet rolls as major grocers in the country restrict supplies to one pack per person amid panic buying by residents.

New South Wales police said two women, aged 23 and 60, were issued court attendance notices for affray "following an altercation at a supermarket". They are due to appear at a local court on April 28.

Toilet paper has emerged as the unlikely No.1 stockpiling target for people worried that the spread of the coronavirus epidemic will lead to supply shortages.

The number of coronavirus cases in Australia has topped 70 while a man in his 80s became the third casulaty of COVID-19 in the country.

Toilet rolls grabbed headlines on Saturday when police were called to a supermarket in Sydney's south-west after a scuffle broke out among three women over lavatory paper.

A video of the incident that went viral on social media showed the women yelling and fighting over a shopping trolley that was brimming with toilet paper, forcing floor staff to intervene.

One woman yelled, "I just want one packet." Another, who was in possession of the toilet paper-filled trolley retorted, "no, not one packet," before floor staff intervened.

The woman, who was allegedly assaulted, was uninjured and no arrests were made.