Rami Malek looks the part as Freddie Mercury in the "Bohemian Rhapsody" trailer, donning flamboyant costumes that the Queen frontman was known for. 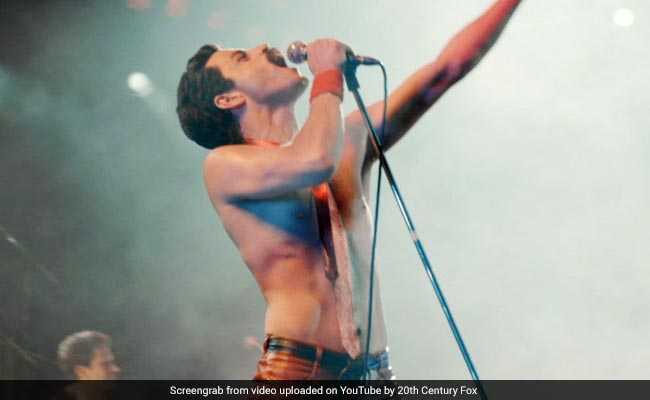 New Delhi: Fans eagerly anticipating the biopic on Queen singer Freddie Mercury got an exciting first glimpse of the movie as the trailer for "Bohemian Rhapsody" was launched on Tuesday. "Mr Robot" actor Rami Malek shines as the enigmatic Mercury as the trailer gives a peak into the bands ascendancy through the 1970's and the 80's.

The "Bohemian Rhapsody" trailer starts off with Rami Malek chanting to his audience through a montage of live shows, before scenes switching between concerts and the band at the studio. In the background, a mash-up of Queen classics like "Another One Bites The Dust", "Killer Queen" and the anthem "We Will Rock You" sets the tone and is sure to excite fans who want to see what went behind the making of some of their favourite songs.

The trailer itself  which has already got over 5 million views on Youtube, gives fans a moment to gush over.

"This is when the operatic section comes in," a grinning, wide-eyed Rami Malek tells the actor playing Queen guitarist Brian May after he dishes out the solo to their classic hit, and the movie's namesake, "Bohemian Rhapsody". Another scene shows a music executive grumbling about how the 6-minute rock opera goes on "forever", two which Malek issues a witty quip.

Malek looks the part as Freddie Mercury, donning some flamboyant costumes that the Queen frontman was known for, as well as pulling off his powerful, charming personality with apparent ease. 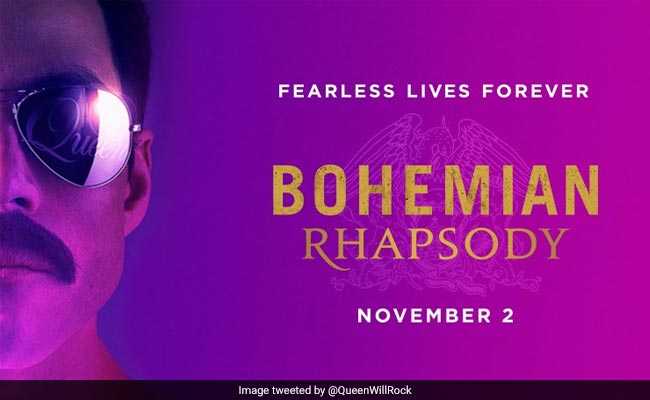 "Bohemian Rhapsody" will release on November 2

The trailer also shows scenes from the famous 1985 Live Aid concert, which Brian May claims was "the greatest day of our lives".

Produced by Brian May and Queen drummer Roger Taylor, the biopic was first announced in 2010 and was set to star "Borat" star Sasha Baron Cohen, but fans had to wait for almost a decade as the project stayed in the pipeline for the longest time. Freddie Mercury remains one of the most celebrated musicians today, despite his death in 1991 due to complications caused by AIDS.

The movie also stars Gwilym Lee as Brian May, Ben Hardy as Roger Taylor and Joseph Mazzello as bassist John Deacon. "Game Of Thrones" fans will also have something to look forward to as Aiden Gillen, who played the cunning Petyr Baelish in the show.

Promoted
Listen to the latest songs, only on JioSaavn.com
"Bohemian Rhapsody" will hit the theatres on November 2.