After the new crew joins, the Crew-1 astronauts will return to Earth. 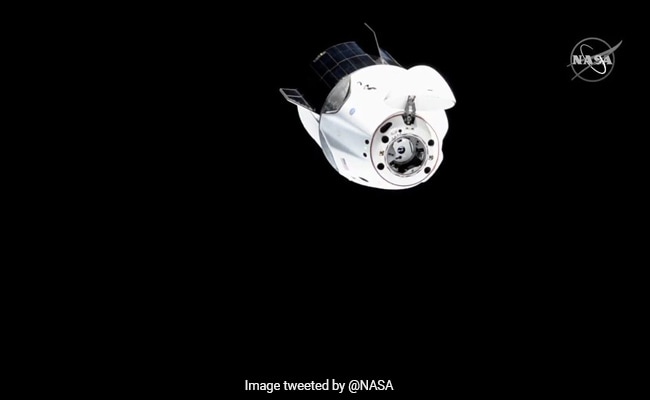 US space agency NASA shared footage of port relocation at the International Space Station (ISS) on Monday. The video shows SpaceX Crew Dragon Resilience's port being relocated as the space station prepares to welcome new crew later this month. SpaceX Crew-1 is the first certified mission under NASA's Commercial Crew Program that lifted off from Earth on November 15, 2020. On Monday, four astronauts relocated the Crew Dragon spacecraft to prepare for the arrival of new crew members and the upcoming delivery of solar arrays this summer.

Why is today's port relocation of the Crew Dragon Resilience happening? It will prepare the @Space_Station for the planned arrival of NASA's @SpaceX Crew-2 mission in just a few weeks, as well as arrival later this summer of a cargo Dragon delivering new solar arrays: pic.twitter.com/R6wjXqBp3x

After the new crew joins the mission, the Crew-1 astronauts will leave the station and return to Earth in late April or early May. The footage shared on Monday mentions that the vacant portion will serve as a docking space for a Dragon cargo spacecraft which will carry several tons of supplies.

It is going to be a busy few weeks in the ISS and Twitter seems to agree.

Lol, sounds like my driveway on a Monday morning.

This month 2 spacecrafts going up and 2 coming down.

An Elon Musk fan was quick to credit the tech billionaire for this latest NASA update.

It's happening cause Elon Musk said so. ????

China Relaxes Some Covid-19 Travel Rules For US, Other Countries