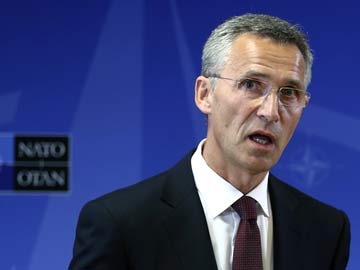 Warsaw: NATO wants constructive relations with Russia even as it increases its presence in its member states in eastern Europe, the alliance's new secretary-general told a Polish newspaper on Monday.

Jens Stoltenberg, who is visiting Poland, said NATO would still respect its international commitments, which include a post-Cold War deal with Moscow about Western military deployments in former members of the old Soviet bloc.

"There is no contradiction between a strong NATO and building constructive relations with Russia," Stoltenberg, a former Norwegian prime minister who took up his new job last week, told the Gazeta Wyborcza daily in an interview.

"That stems from my political experience. Norway is a small country that neighbours Russia, yet despite that, probably even in the coldest periods of the Cold War, we were able to cooperate on questions of energy, fisheries and demarcation of maritime borders," he was quoted as saying.

Relations between Moscow and the NATO alliance are at a post-Cold War low over Russia's actions in Ukraine, where it annexed the Crimean peninsula in March and has been supporting pro-Russian separatists in eastern Ukraine.

"We are strengthening our security without violating NATO's international commitments," Stoltenberg said of the alliance's increased presence in Poland and the Baltic states.

Aiming to reassure allies near Russia's border, the alliance has adopted a plan to create a "spearhead" rapid reaction force and pre-position supplies and equipment in east European countries so they can be reinforced within days in a crisis.

NATO suspended all practical cooperation with Russia in April in protest over Moscow's seizure of Crimea. But it has made clear it will not intervene militarily in Ukraine, which is not an alliance member.

Promoted
Listen to the latest songs, only on JioSaavn.com
Stoltenberg, 55, who in his youth was an anti-war activist, is known for his skills in forging compromise and for his knowledge of Russia.

As Norwegian prime minister, he negotiated a deal with Russia in 2010 that ended a four-decade dispute over their Arctic maritime borders and built a personal friendship with then-president Dmitry Medvedev.
© Thomson Reuters 2014

First On New Australia PM's List Of Tasks? He Says, "Uniting" The Country