Walmart's online sales over the critical holiday period grew at less than half the rate of previous quarters, while investments Lore's making to enhance the e-commerce business dented profitability. 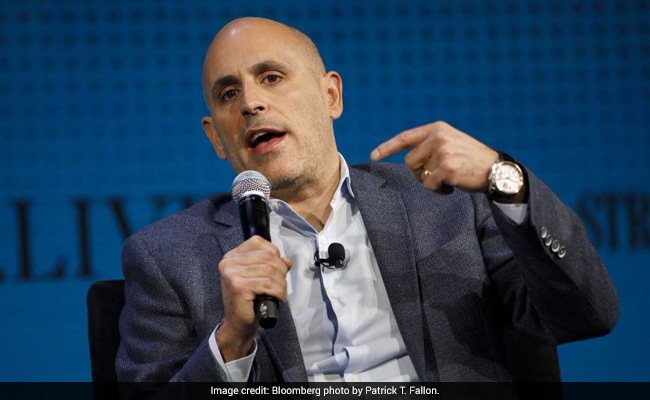 He was hailed as Walmart Inc.'s online guru, the guy who would drag the lumbering giant into the digital-commerce era and put Amazon in its place.

But 18 months after selling his startup to the world's largest retailer, Marc Lore is finding those expectations awfully hard to meet. It's not that investors and analysts are giving up on him as much as it's a realization that the task at hand is daunting and growing harder by the day -- and that Lore has little margin for error.

Walmart's online sales over the critical holiday period grew at less than half the rate of previous quarters, while investments Lore's making to enhance the e-commerce business dented profitability. The results sent shares tumbling and prompted a report, which Lore denied, that he was considering stepping down. They also renewed concerns that Walmart -- saddled with thousands of stores, more than 2 million employees and legions of lower-income shoppers -- can keep pace as more retail spending shifts to the web.

"This might put a dent in Lore's savior image," said Trevor Sumner, chief executive officer of Perch, which creates interactive merchandise displays. "The market demands improving results from the online division, putting Lore in the hot seat, albeit with greater pressure and complexity than ever."

Walmart said earlier this week that an inventory snafu played a small factor in the sluggish revenue and called it a learning experience. A spokesman said the company wouldn't comment beyond its discussion with analysts on Tuesday.

Walmart plunked down an extraordinary $3.3 billion for Lore's e-commerce company Jet.com in 2016. He was soon running all of Walmart's U.S. online efforts and given the task of building a robust competitor to Amazon.

His first steps were wild successes. He scrapped a free-shipping program that competed with Amazon's Prime membership and replaced it with free two-day deliveries for orders of at least $35. He offered discounts on more than a million online-only items that customers then pick up at stores, which pleased store managers as it generated additional visits.

Online sales soared by more than 60 percent, buoyed by the acquisitions of startups including men's clothier Bonobos. That was double the pace of rivals like Target and Best Buy. Investors were pleased, propelling Walmart shares to one of the best performances in the Dow Jones index in 2017.

Lore, who battled Amazon while running his previous startup, Quidsi, was hailed as a game-changer who transformed Walmart into "a viable No. 2 in e-commerce," according to UBS analyst Michael Lasser.

But the first crack came over the holidays. An influx of gift orders overwhelmed Walmart's supply chain, leaving no room for everyday items. Sales rose 23 percent, a slower pace than both Amazon and Target over the same period.

Walmart maintained that its online sales growth for the current year would come in at 40 percent.

But some experts weren't convinced. "I still can't articulate why I would shop at Walmart.com instead of Amazon," said Venky Harinarayan, who sold his startup Kosmix to Walmart in 2011 and is now a partner at venture-capital firm Milliways Ventures.

Lore needs to move fast to silence the doubters and regain momentum. His challenge is to coax Walmart's legions of in-store shoppers to buy online as well: Those that do spend nearly twice as much and typically purchase more profitable items.

Looking to go beyond items like toilet paper and dog food, Lore is focusing this year on home-decor and apparel, part of a strategy to lure more premium vendors. On Thursday, Walmart unveiled an enhanced site for home furnishings, featuring design tips and curated collections.

Lore is also counting on grocery to draw customers away from Amazon. More than 1,100 of Walmart stores already offer curbside pickup of online grocery orders, and that should double this year.

"It is every retailer's dream to have customers think about their brand every week and that is what Walmart has with grocery," Brendan Witcher, an analyst at Forrester Research, said.

Lore also wants to goose sales by migrating the best-loved feature of his former startup over to the mothership. Jet's smart-cart shopping basket rewarded customers with discounts of a few cents per product if they bought more items at one time. Web orders of just one or two items are usually unprofitable for Walmart.

It won't be easy persuading Walmart's penny-pinching clientele to splurge. And, of course, Lore's still playing catch-up to nemesis Jeff Bezos and Amazon, whose endless aisles captured about half of online spending growth during the holidays, according to Bain & Co.

Amazon paid $13.7 billion last summer for Whole Foods Markets to crack into the grocery business, which accounts for more than half of Walmart's sales. It's also beefed up its fashion site, and is now the second-most-visited apparel destination, after Walmart.

Lore promised investors that 2017 would represent the peak of losses in the dot-com business, but CEO Doug McMillon said Tuesday it's possible that it could lose even more money this year. That could dent Lore's credibility and test the patience of investors including Walmart's biggest, the founding Walton family.

Promoted
Listen to the latest songs, only on JioSaavn.com
"He's a tenacious fighter," said Kirthi Kalyanam, director of the Retail Management Institute at Santa Clara University's Leavey School of Business. "Evidence suggests he really hates Amazon. For him it's personal, not business."

(This story has not been edited by NDTV staff and is auto-generated from a syndicated feed.)
Comments
WalmartAmazon