Sunday's election pits a royalist junta and its allies against the election-winning machine of billionaire ex-premier Thaksin Shinawatra and an unpredictable wave of millions of first time voters. 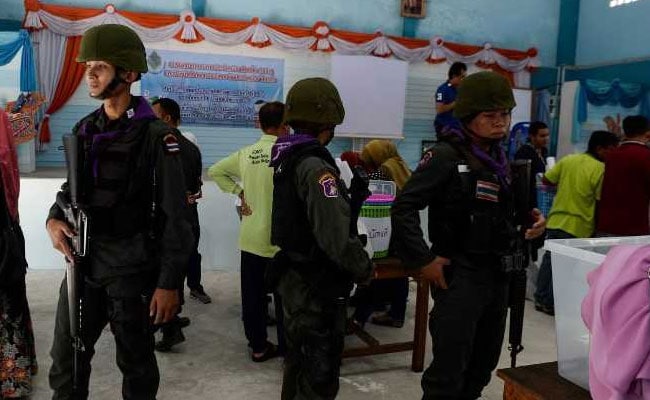 Polls opened Sunday for the first Thai election since a 2014 coup, with a high turnout expected among a public who received a cryptic last-minute warning from the Thai king to support "good" leaders to prevent "chaos."

All television stations repeated the rare statement by King Maha Vajiralongkorn moments before polls opened across a politically turbulent country.

Sunday's election pits a royalist junta and its allies against the election-winning machine of billionaire ex-premier Thaksin Shinawatra and an unpredictable wave of millions of first time voters.

The kingdom remains bitterly divided despite the ruling junta's pledge to rescue it from a decade-long treadmill of political instability, protests and coups.

Politicians across the spectrum fear a stalemate has been booked in by new election rules, written by the junta, which limit the chances of any single party emerging with a comfortable parliamentary majority.

An unscheduled palace statement -- which dropped late Saturday and was repeated minutes before the polls opened -- added further intrigue to an election that has repeatedly threatened to tip into chaos before a single vote was cast.

The statement reiterated comments by late king Bhumibol Adulyadej from 1969 calling for people to "support good people to govern the society and control the bad people" to prevent them from "creating chaos."

His heir, Vajiralongkorn, urged the public to "remember and be aware" of the remarks of his father, who died in 2016.

The king called on the general public, the military, police and civil service to heed the words of his father.

"His majesty is concerned about the stability of the nation, the feelings and happiness of the people," the statement added.

Thailand is a constitutional monarchy. But the palace holds unassailable powers and is shielded from criticism by a harsh royal defamation law.

The king's intervention before the election is his second in less than two months. 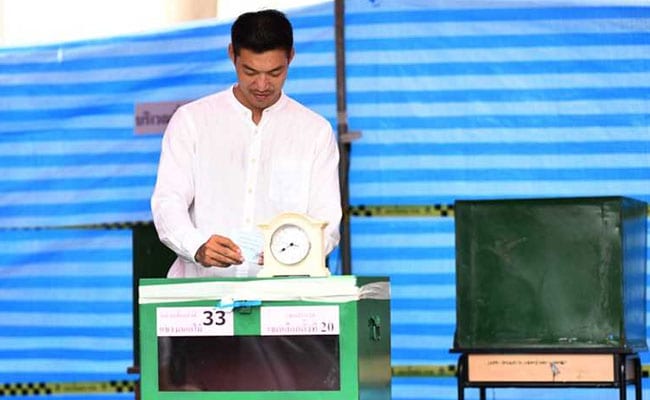 Another royal command torpedoed the candidacy of his elder sister Princess Ubolratana for prime minister of a party linked to Thaksin, a divisive ex-premier toppled by a 2006 coup.

The king called the move to bring his sister into politics "highly inappropriate", as the monarchy is ostensibly above the political fray.

The party was later dissolved by a court.

Thaksin has lived in self-exile since 2008.

But he looms large over the election and his affiliated parties have won every Thai election since, drawing on huge loyalty from rural and urban poor.

On Friday Ubolratana was guest of honour at the glitzy Hong Kong wedding of Thaksin's daughter -- with photos of the tycoon and the princess hugging and smiling going viral.

The top trending hashtag on Thai Twitter on Sunday was #oldenoughtochooseourselves.

The junta-party, which is proposing army chief turned premier Prayut Chan-O-Cha for civilian prime minister after the polls, is under intense pressure to avoid humiliation on Sunday in what is effectively a referendum on its popularity.

Prayut toppled the civilian government of Thaksin's younger sister Yingluck in 2014, the twelfth coup in under a century.

The army and its allies in the Bangkok elite loathe the Shinawatras, accusing the clan of toxifying Thai politics and society with money, nepotism and graft.

The Shinawatras say they have simply recognised the economic and democratic aspirations of the majority of Thais, reflected in their landslide election wins.

Pheu Thai is expected to again sweep up the north and northeastern heartlands as it seeks to head an anti-junta coalition.

A 250-member junta-appointed senate and a new proportional system were meant to have manoeuvered Prayut and the junta party -- Phalang Pracharat -- into pole position. 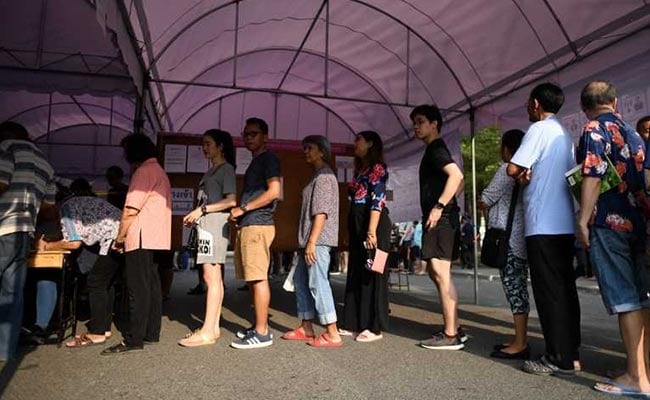 Voters wait in a line to cast their ballots at a polling station in Bangkok on Sunday. (AFP)

It can cross that line comfortably with alliances with smaller parties.

Pheu Thai, however, needs 376 lower house seats to command an overall majority -- near impossible without complex tie-ups across pro-democracy factions.

Seven million millennials are eligible to vote for the first time.

Voter turnout is expected to be high among a public weary of junta rule.