Volodymyr Zelenskyy Urges The West To Pull The Country Out Of "Grey Zone": Report

Ukrainian President Volodymyr Zelensky on Friday urged the West to pull his country out of the "grey zone" between the European Union and Russia. 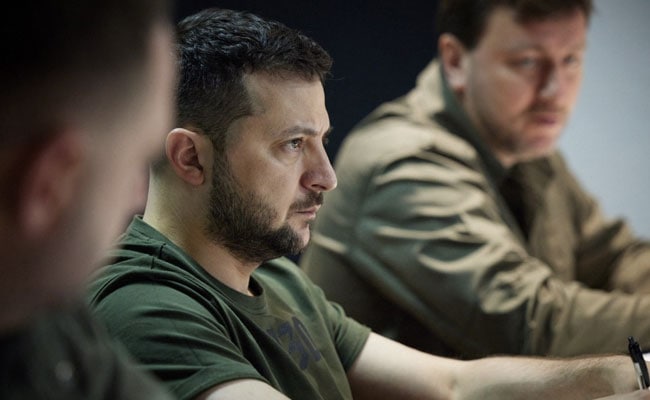 Zelensky's statement came shortly after the release of the 2022 Democracy Perceptions Index.

Ukrainian President Volodymyr Zelensky on Friday urged the West to pull his country out of the "grey zone" between the European Union and Russia.

Zelensky earned a standing ovation during his video presentation to the Copenhagen Democracy Summit, which is taking place this week in Danish capital, Newsweek reported.

"Why are there still skeptical politicians who are hesitant whether Ukraine should be allowed to move to the European Union?" Zelensky questioned, highlighting public support for Kyiv's intentions to join the European Union.

He further asked, "If European core values imply that every nation is important and has to be equally respected, why have Ukrainian people been told for so long that they must still remain in this grey zone between the European Union and Russia?"

The Ukrainian President's statement came shortly after the release of the 2022 Democracy Perceptions Index. The Index found overwhelming popular support for helping Ukraine and breaking relations with Russia across Europe and beyond.

The fifth volume of the world's largest yearly survey on democracy, produced by Latana and the Alliance of Democracies Foundation, covers more than 50 nations and represents more than 75 per cent of the global population.

"Why, if Russia cynically violates literally all the key documents of international law, why are there still those who are hesitant whether to block any relations with such a state?" Zelenskyy was quoted as saying by Newsweek.

"Those questions indicate, in fact, that the European system might lose if words would not be backed with actions."

"We need to remove this grey area, which is so tempting for the Russian state," Zelensky added further. "We need to move to action."