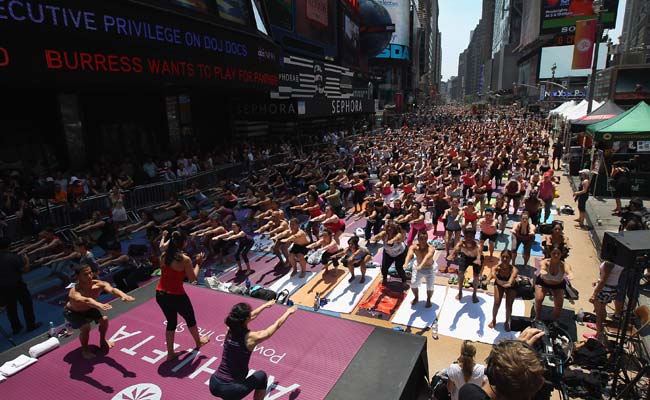 I succumbed to the spell of Bikram yoga during a cold winter in Washington. At the time, I was feeling depressed, lethargic and a bit chunky. During a routine physical, my doctor had discovered that my testosterone level was abnormally low for someone my age, while my blood pressure was high.

I had glanced at the sign outside a yoga studio near Dupont Circle countless times, but one afternoon, at the height of my malaise, its motto seemed to scream at me: "Change Your Body & Change Your Life."

I knew nothing about Bikram Choudhury, the eccentric Los Angeles-based yoga mogul who has made a fortune marketing his guided series of 26 postures, or about the growing allegations by women who say he sexually assaulted them during teacher training workshops. I just knew I needed a jolt.

After walking up a narrow set of stairs and looking into the mesmerizingly placid eyes of the studio owner, I signed up for a $20 weekly trial of the 90-minute practice, which is held in studios set to 105 degrees with 40 percent humidity.

For the uninitiated, Bikram yoga can feel downright torturous. At first, I found the heat suffocating, the poses impossibly difficult to master and the instructors somewhat kooky.

Act with "English bulldog determination!" they commanded. Hold poses with "Bengal tiger strength!" After my first 90 minutes of misery, I staggered away from the puddle of sweat I left in the studio, took a cold shower and was rewarded with an electrifying high. I began taking classes almost daily and became evangelical about the workout.

I slept soundly. I had boundless energy and creativity during the workday. My blues vanished. Feelings about situations that had been painful and confounding started becoming clear and manageable as the grueling yoga sessions began to feel more like meditation than a form of exercise. My skin looked radiant and my thinning waistline allowed me to resurrect trim trousers I had largely given up on.

The few things I learned about Choudhury, a flamboyant, self-aggrandizing guru, made me a bit queasy. He lives in a Beverly Hills mansion, has a collection of luxury cars and is known to pepper his lectures with crude and insensitive remarks. His training sessions have a cultish air. Instructors have told me about being forced to watch Bollywood movies and being sleep-deprived. The color green is banned.

When instructors quoted from the Bikram gospel, I often found myself rolling my eyes or repressing giggles. But the Bikram yoga studio became my spiritual outlet. It was all right, I reasoned, to think the scripture was hollow and our preacher a bit of a whack job as long as kneeling and spine bending and panting at service continued to bring me such joy.

Sometime last year, I became aware of allegations of sexual assault, which Choudhury has denied. When I asked instructors about them, most defended him vigorously, saying that while Choudhury was certainly bizarre, he was not a predator. One told me that she found the allegations unbelievable because no shortage of female trainees threw themselves at him with devotion and lust.

For a long time, I chose not to think much about it and figured I should give Choudhury, who has never faced criminal sexual assault charges, the benefit of the doubt. However, after reading the complaints filed by six women who have pending lawsuits against him, I felt sick. They portray a powerful man preying on vulnerable and impressionable students who made a huge investment in his training sessions. Their accounts, too consistent and numerous to dismiss, present Bikram yogis with a vexing dilemma of conscience.

Shephathiah Townsend, a Bikram yogi in New York, was feeling conflicted about what she should do. "These women are strong enough to come forward and tell their stories," she said. "Shouldn't we believe them? Is stopping my Bikram practice the small step I can take?"

Bikram studios are staffed by certified instructors who have been to Choudhury's nine-week training sessions, which cost $12,500, but many studios don't pay him royalties or franchise fees. The hundreds of studios around the world refer top students for teacher trainings held twice a year. Choudhury has been zealous about protecting his brand, taking on studio owners who deviate from his standards or teach his sequence without his approval.

Choudhury is due his day in court. But until the pending suits are settled, I would like to see studio owners take a stand by discouraging new students from going to training and fighting back on his rigid control of the practice, which he has unsuccessfully sought to copyright.

Promoted
Listen to the latest songs, only on JioSaavn.com
The practice has undeniably helped thousands of people change their lives for the better. Many people who have wrestled with substance abuse have found it keeps them anchored in sobriety. I feel happier, stronger and more focused when I make it to the studio three or four times per week. But what once brought me feelings of well-being now is increasingly a source of unease.

My yearly studio membership expires in November. That may be a good time to reluctantly walk away from something I love. Until then, I'll be wearing nothing but green shorts to the studio.
© 2015, The New York Times News Service
Comments
Bikram YogaBikram ChoudhuryDupont CircleWashingtonBikram studios